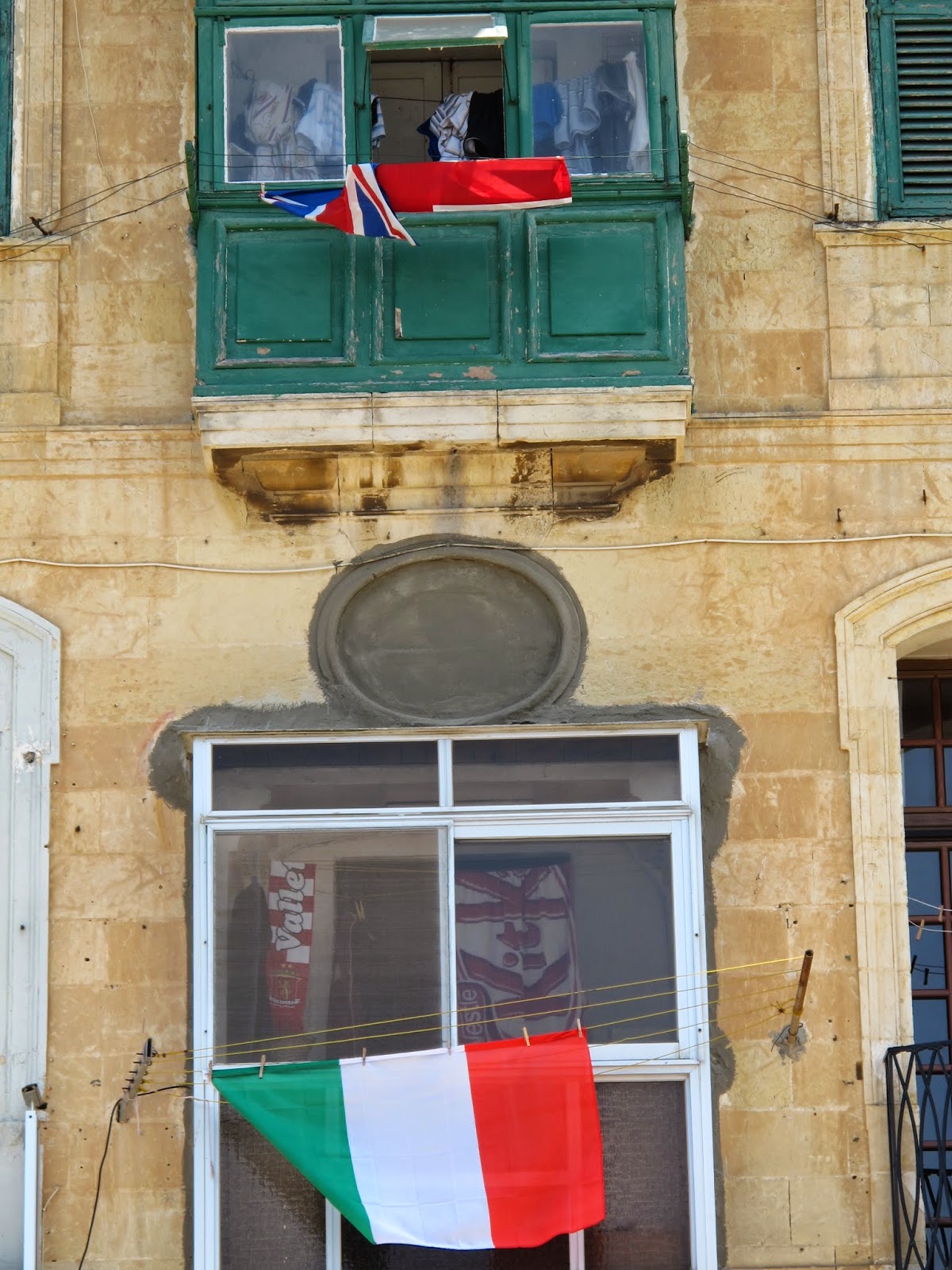 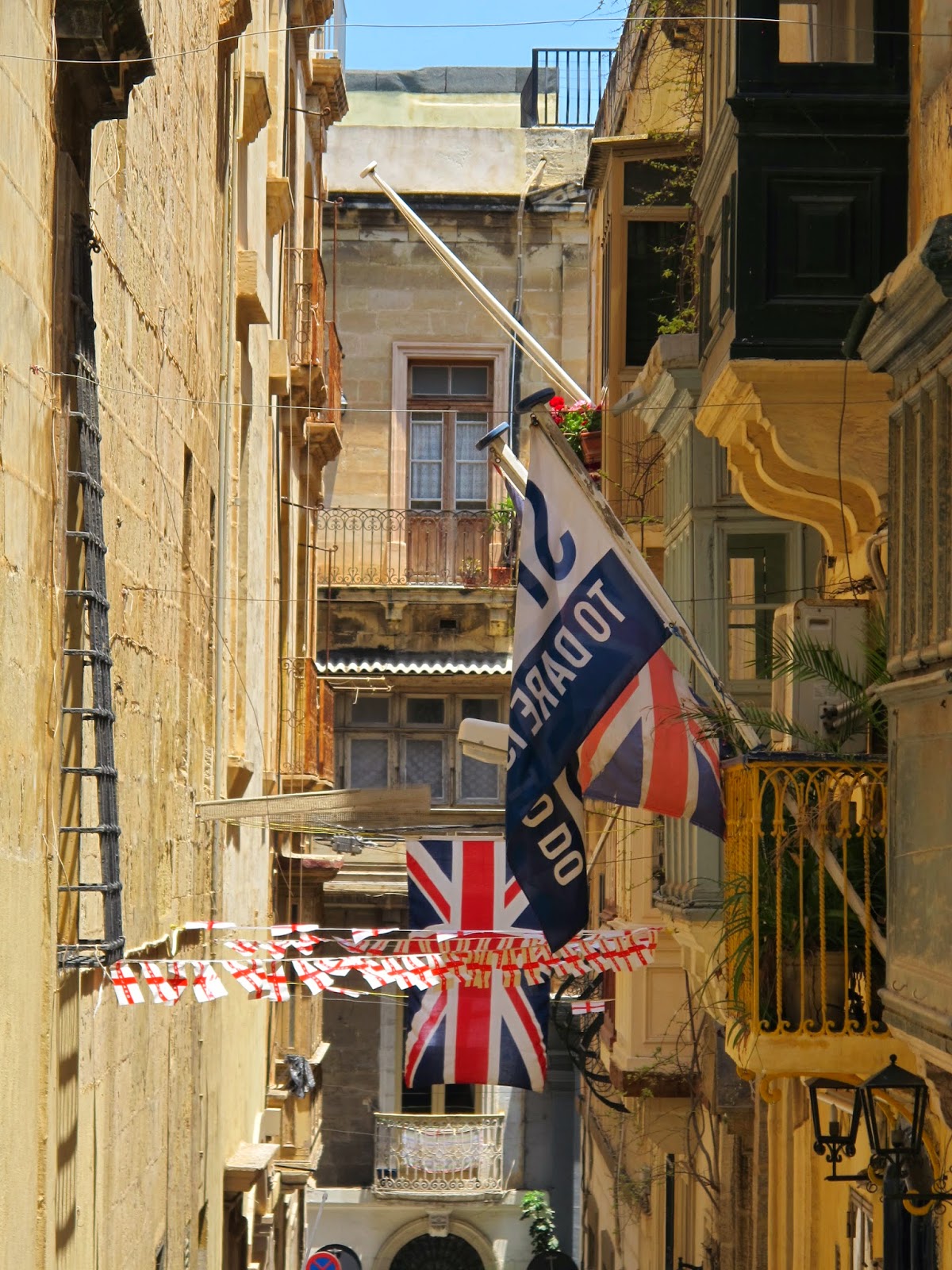 The World Cup has begun, and in Malta, as in many countries, the bars and streets are festooned with national flags from the thirty two countries competing. Malta doesn't have a world cup team but they are passionate about their football. Tonight Italy plays England and the nation is divided. Two hundred years of British rule has left a legacy of language and some affection. The British were seen as benevolent rulers who invested in the protection and national survival of Malta. Italians on the other hand, according to my local wine merchant (also happens to be Jo Burden's cousin), are not so welcomed. They take over businesses, do business with other italians and don't have the same respect for the native Maltese. This assessment is based on one conversation so may not be truly representative. Nevertheless, there are more English flags in evidence than Italian and in Valetta, where the ex-pat English are not in such large numbers this is significant.

In fact, the local tavern where I watched Australia play Chile (almost a disaster but saved by Tim Cahill and a brave and confident second half) - where was I, oh yes the tavern is called the QEII and is run by a Maltese family. It's not there for tourists as far as I can see as the trade is local Maltese.

Anyway the QEII will become a regular evening spot for me in the coming weeks as I go native and become a Maltese football tragic.

PS I have hung my Australian flag from my window to make my statement. It may be short lived. 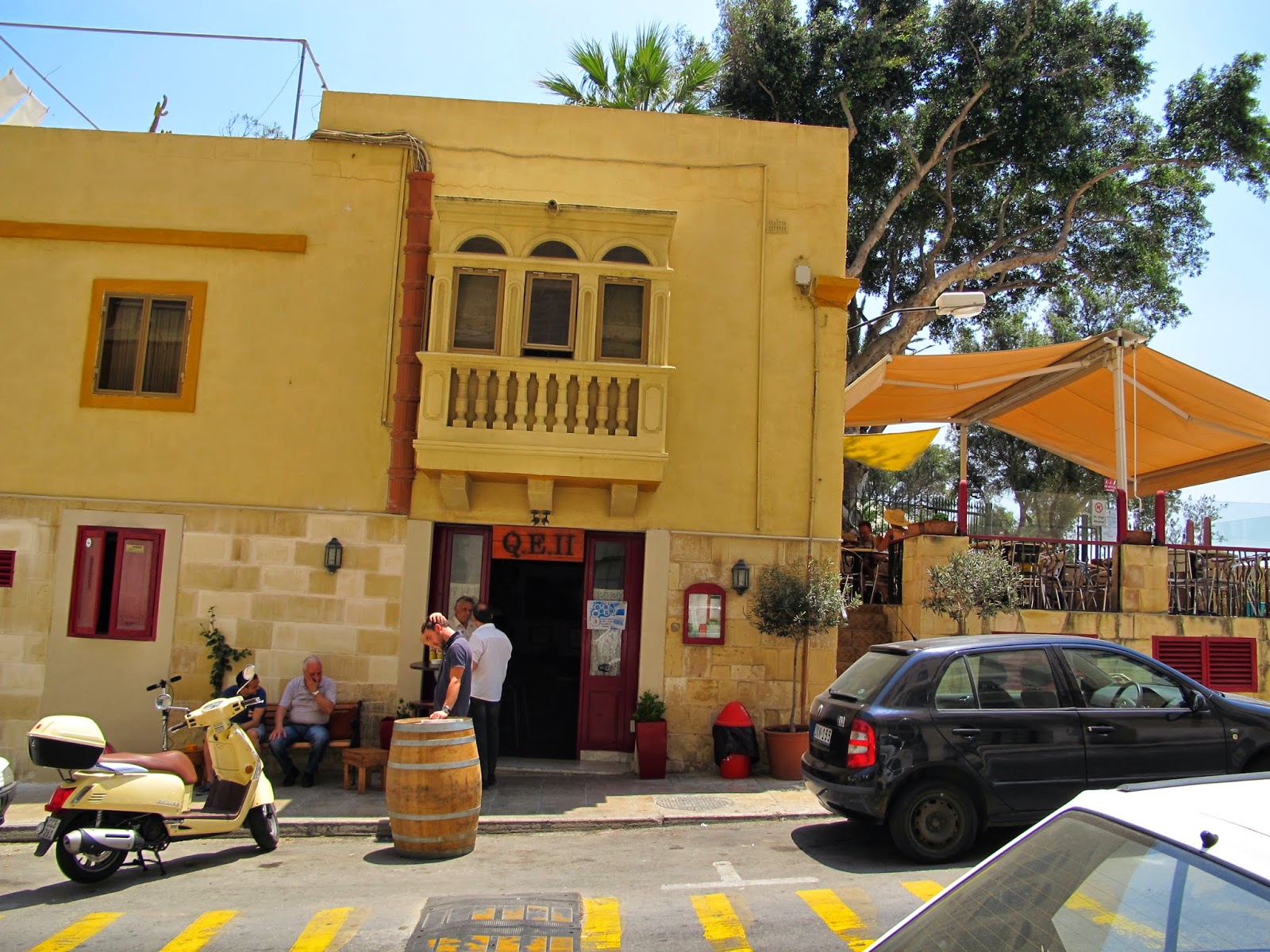