Not greedy but not stupid. We weren’t going to give the house away. This was the balance we were seeking. Twelve months earlier, in March 2007, we’d put dad’s affairs in the hands of the State Government Public Trustee. This was with the naïve belief that spending a few dollars of the inheritance would relieve us of the stress of decision making and the likelihood of chasing our tails. We didn’t want to be travelling down unknown paths into unpredictable dead-ends with the constant risk of becoming entangled in the undergrowth. That and the desire to avoid conflict..

My brother and I get on very well, but my assumption was that any family business involving money had the potential to become a quagmire. I didn’t relish the thought of coming face to face with my sibling charging headlong and at high speed down one of those jungle tracks in the opposite direction to me, papers in hand and a different set of assumptions fuelling his engine. Besides he’s bigger than me.

As it turned out the Public Trustee gave us plenty of time to consider our options.

The Public Trustee appeared to work on a failed sweatshop manufacturing model. It looked good from the outside. Lots of bolts of cloth on display in the busy front office gave it the impression of it being a hive of activity. Behind the scenes it was chaos. There seemed to be plenty of workers but no one quite had the full set of skills necessary to complete any one garment.

It felt like they only had one sewing machine which was constantly being used by different people, each resetting it to a new task – now overlocker, now button-holeing, now embroidery. Each required that the part-finished garment on the machine be dumped in the unfinished bin to wait until it emerged from beneath the growing pile of crap for its next addition.

The words prick and pin come to mind but they weren’t pricks though they did respond to pins. Every time I began to run out of patience I’d make a phone call. And hey presto there appeared a result. More often than not my query about progress was met with:
‘Funny you should call today Mr Capelin (deferentially offered) but I just happen to have your father’s file on my desk and was about to call you…..’
Miraculously, paperwork would arrive within days requiring yet another signature.

I am much too accommodating and the intervals between my pin pricking phone calls allowed the process to drag on and on and on.

Meanwhile the property market in Brisbane was raging. Raging towards the edge of an abyss as it turned out. Though we were as unsuspecting as every other punter.
Posted by little hat at 19:29 No comments:

The glossy representations from the local real estate agents sit beside my bed in a pile - alongside my collection of unread books of poetry, two novels for getting me to sleep, thus never to be finished, an assortment of well thumbed magazines, the weekend papers and a purple ceramic aroma therapy gizmo. I fill this with fragrent oil occasionally as my attempt to set a romantic scene for seduction.

My wife rarely approaches this side of the room for fear of catching some newsprint born disease and when I do, secretly, light up the tea candle to vaporise the oil of seduction, rather than swoon and begin my hoped for scenario of a slow striptease she instead asks in an indignant tone: 'what's that smell?'
and goes on reading her book, and the moment is lost. My offering burnt off by her allergy to unidentified airborne aromas.

To console myself I sit up in bed with a pen and scrap paper and make a list of recent sales which are in the same street or which seem like a close match to the Moolabar Street cottage. I do some dodgy maths, guessing at inflation rates, property sales trends and a bit of wishful thinking, given that some of these sales happened over eight months previously. My mumbling, fidgeting with my calculator and scribbling do nothing for romance only adding another opportunity for my beloved to turn her back on me and demand:
'Do you have to do that now? For god's sake turn the light off and go to sleep.'

If this is my reverse psychology romance strategy it fails miserably.

But no. Scribbling in bed is no substitute for candles, a bottle of wine and those other ingredients which have always remained a mystery to me. Something about timing and creating the mood.
I have, however, succeeded in developing a pretty good picture of what I think the cottage is worth, give or take thirty to forty thousand. I will sleep peacefully knowing I can call my brother the next day to reveal my brilliant work.
Posted by little hat at 20:16 2 comments:

My brother and I are considering a DIY sale as the way to go. The decision is a combination of wanting to save real estate agent's fees and a nostalgic wish to hold on until the last possible moment. To be the last link between the family home and the new owner. We want it to go to a good family.

We've done our homework. We've got enough estimates of its value to thoroughly confuse us. They range from what seems like a very low price by a registered valuer to what seems like fanciful instant wealth scenarios provided by the more adventurous of the local real estate agents.

One in particular, a woman with a Europen accent, phones me constantly. I seem to have become her best friend, or her ticket to dreams unheard of. She has mailed me a dossier the size of a small phone book giving me an extensive list of recent sales, only a few of which are in any way comparable to our modest little two bedroom plus sleepout war service cottage. She follows this up with phone calls verging on harrassment. She is very insistent. It feels desperate. I imagine that this desperation might be driven by a difficult life in a dark, cold corner of Eastern Europe complete with low slung sky, faulty plumbing, erratic electricity supply and days spent trudging through unforgiving grey streets (filled with pre-war Russian cars). I picture her desperately looking for work, anything to allow her the luxury of a next meal. Oh, and by the way, her aged mother also lives with her, wrapped in a dark shawl sitting silently beside the gas heater beside the window looking down on a rubbish filled laneway (from the third floor of their walk up tenement).

On the other hand, Mishka, as I dub her, may very well be phoning me dressed in high heels, a sleek Italian, linen designer suit and jewellery which sets off her dark eyes which peer at me from behind Gucci framed glasses.

She may have done well but she's not doing a great job of winning my heart in business. I'm looking for a homely, honest real estate agent with country charm and a low key lifestyle. Someone like my mum or the sister I never had.
Posted by little hat at 19:56 1 comment:

That Ordinary House 1 'That House'

That house. That ordinary house. Oh how ordinary that house was. Its normalness, its story, could be told in about one hundred words:
"Young married couple buy two bedroom war service cottage in Brisbane; two sons are born eighteen months apart; both attend the local parish school at the end of the street and then spend eleven more years at a Christian Brothers school a bus ride away. Father works in smallgoods and later as a travelling salesman fininshing his working life as a postie. Mother stays at home, looks after the kids; later she works part time as an accounting machinist. Holidays are spent at the beach. Kids leave home. Retirement for the ageing couple is fullfilling and busy. Wife dies. Husband continues to live in the war service home until he suffers a stroke. He sees his days out in an aged care home. The house lies empty. Much loved father dies of old age. The sons inherit the house."

And now, here I am sitting on the front step of the Moolabar Street home waiting for a prospective buyer to turn up to look through this ordinary house and make me an offer.
One owner, one family, one lifetime; a store of stories waiting for the next generation of lives to be lived under this roof.
Posted by little hat at 20:46 2 comments: 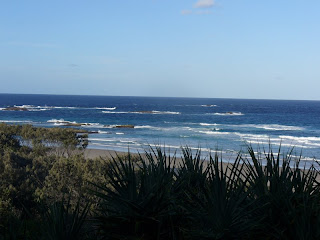 Frenchman’s Beach
“A group of four French speaking sailors from the South Pacific Islands were cast ashore here in the late 19th Century. Some of their descendants still live on the island”

Great grandmother Catterina
Never had the opportunity
To set foot on this island idyll.
Her island dream killed her.

Her paradise was a malarial breeding ground
A leech infested hell.
A Frenchman’s mirage
Sold to unsuspecting Italian peasants
As a promised land.“La Nouvelle France”.

How romantic that must have seemed.
By steamer from Barcelona
Across the southern oceans
To a new world in the Pacific.
No convict hulk, no sentence
An adventure freely chosen
One worth investing your whole life in.

These men and women were dreamers
But they had known hard toil.
Their backs had seen the sky (and sun)
Year after year
Tilling the unyielding fields of the Venetian plains.
What research had they done
These one hundred families?
What knowledge prompted such faith?
What desperation drove their choice?

Had not the French proved these Pacific dreams were true?
Did not thriving colonies precede them?
Was not the promoter a respected Marquis?
Naysayers are always full of doubt
Telling the grandest lies
To thwart the dreams of adventurers.

The era of steam was
An era of possibilities.
This was 1880 after all
Not a voyage into the unknown.
No Captain Cook or William Dampier expedition.
.
But Nouvelle France (Cape Breton)
Was a French maggot on the fringe of wildness;
No fresh water, no shelter,
No sanitation, no fields of corn.
Just a tragic site on which
To dump gullible expeditioners.

An unmarked grave
In the penal colony of French Noumea
Was the closest Catterina
Ever came to her dream.

Would she had been one of four cast ashore
On Catterina Beach. 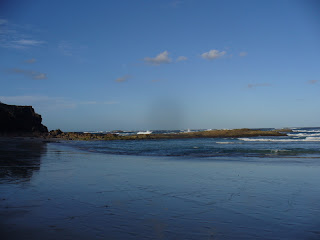