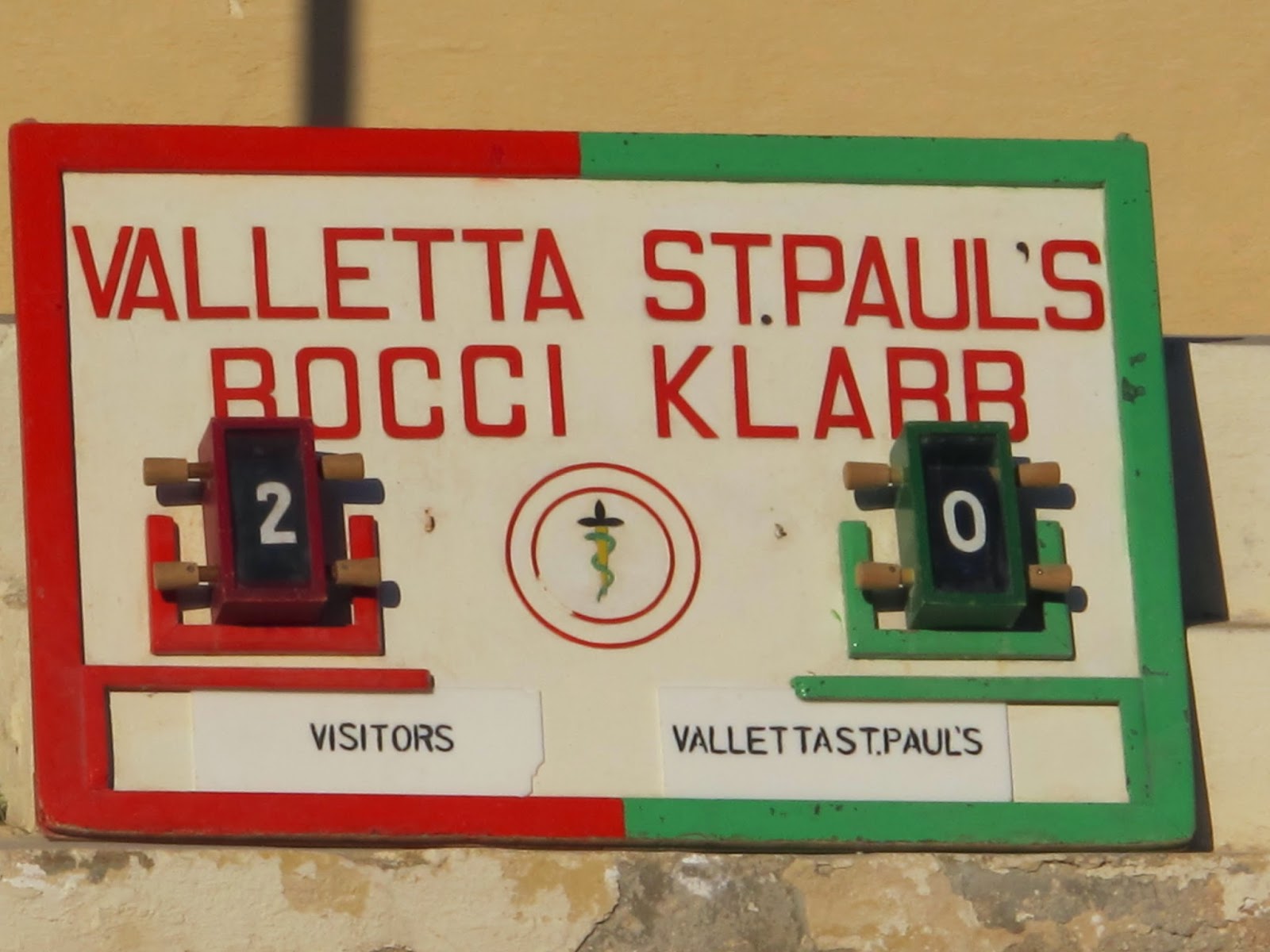 St Paul's vs the Visitors. St Paul's in red. Maltese bocci is played on a rolled purpose specific dirt surface (by no means level) with bowls in the shape of cylinders - heavy and dense, made of some composite material like lawn bowls. As you can imagine these are less predictable than a round ball and are thrown rather than rolled - though rolling is an art in itself.. They are quite big, a full hand size. Each team has eight of these. They also have three smaller balls the size, shape and weight of a golf ball. The aim of the game is, like all bowls games to get as many of your balls (large or small in this case) closest to the jack which in this game is the size of a small marble. 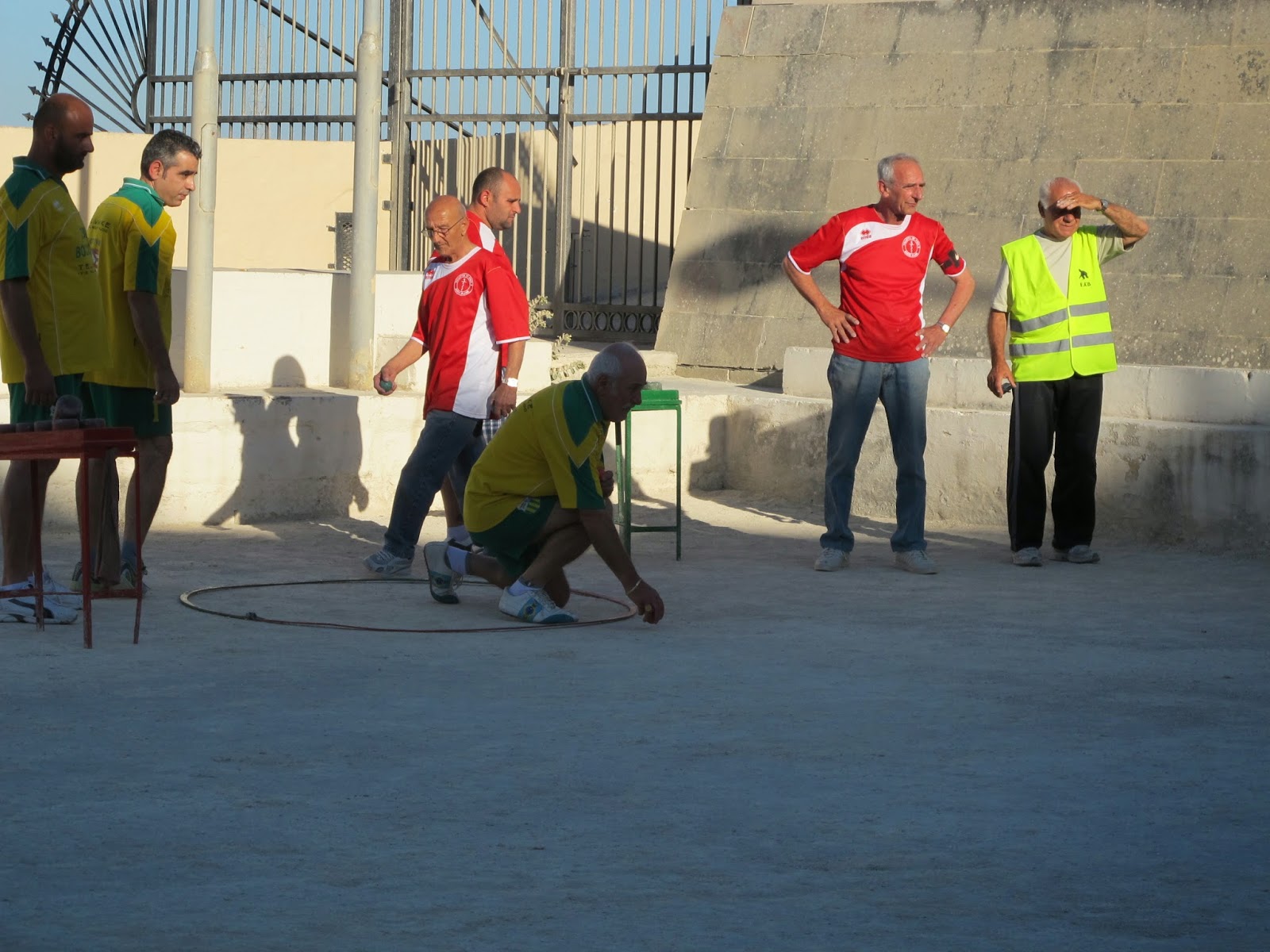 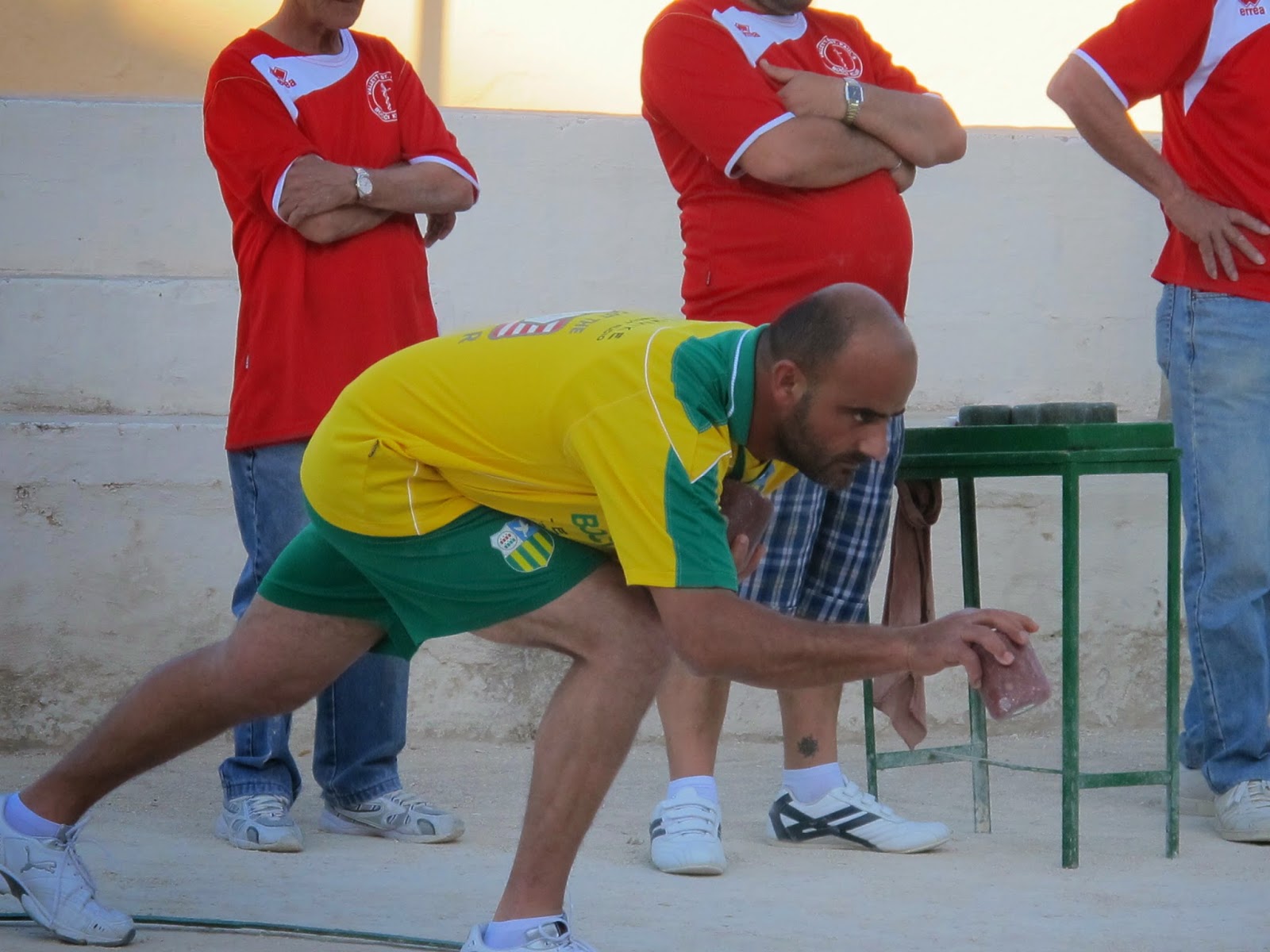 Teams can use their 11 balls in any order and each team member (3 per team) specialises. One only rolls the golf balls (in the yellow team this was done by an older man smoking a cigar), a second specialises in high shots, spinning the ball through air to connect on landing with an opponent's ball, removing it from play; and the third, the captain, uses the ball both as a projectile and as a rolling device to secure the best scoring positions. 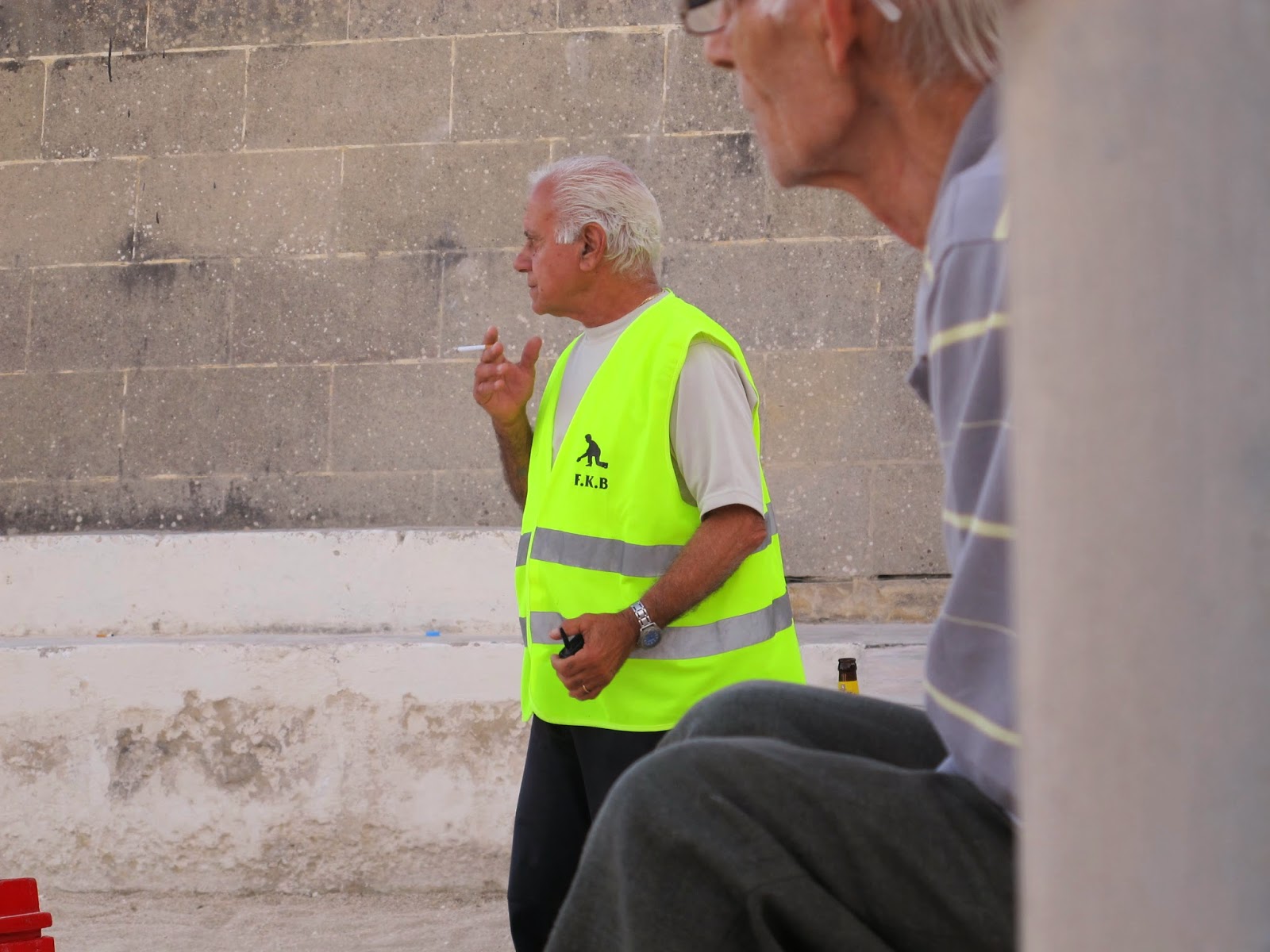 These teams took their evening game very seriously and even had substitutes available when one of them was out of sorts (or got a call from his wife to come home for dinner).  It wasn't only old blokes. There were a couple of players in their thirties. And a referee. That's him in the yellow vest. Beers and coffee were served after half a dozen ends, all watched by a crowd of local enthusiasts and a few passing tourists.
Posted by little hat at 04:01