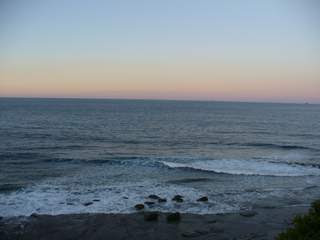 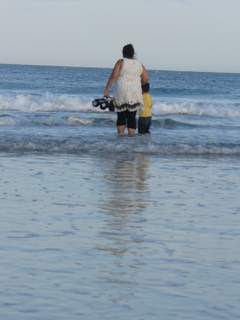 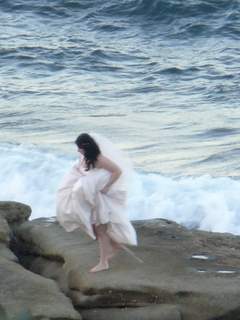 These are the last photos from my old Panasonic LZ3 digital camera. I have a new Canon G12 which gives me a lot more control over shutter speed and aperture etc. Will my investment make any difference to my photos?  Is it the camera or is it the photographer?


Met Jon Doust at the Brisbane Writers Festival today. What a character. He effectively sold Albany as the centre of the writing world of the planet. He was on a panel talking about the place of "old cultures" in new writing. Sue Woolfe and Brett Caldwell made up the panel. They were a great mix - about as different a three as you could find. At one end Jon's dysfunctional youth and off beat sense of humour at the other the 15 year military background of the surprisingly insightful and sensitive Brett Caldwell and Sue Woolfe in the middle - the white girl living in a remote aboriginal community in NT for  a year with her daughter and all her assumptions being smashed. That plus Drusella Majeska in conversation with Robert Dessai (wonderful) and then lots of writers from Oceania speaking French.

My theme for the three days was the Pacific and writing about cultures other than your own. Drusella Majeska talked about her novel 'The Mountain' set in Papua Nui Guinea where she lived for many years. PNG is the closest country to Australia but we fly over it, sail by it and largely ignore it. She spoke about how challenging it is to enter cultures so different from our own. She described her writng as getting behind the eyes of her PNG characters but always aware that they were still her eyes.

I also attended three sessions featuring Tahiitian and New Caledonian writers writing in French. The most interesting question posed was "Did they see themselves as French writers or writers writing in French?" They were all adamant that they were Pacific Islanders (both white and indigenous writers) and French just happened to be the lingua franca of their region. "Do people who write in English see themselves as English writiers?" was the question they posed in return. The question of writers writing in the language of the colonisers was one that was approached but one which continues to be unresolved in terms of influence and the irony or contradiction of that situation. There are some very good writers from that vast region.


Went fishing on Thursday in Moreton Bay down by the mangroves at Jacobs Well. It's only 30 minutes out of town. It's part of the Brisbane area by-passed by all but fishermen. Tens of thousands of  families and surfers, boards strapped to their roof or boots bursting with beach towels and beach umbrellas and body boards fly by at high speed on their way to the famed Gold Coast. The M1 makes it less than an hour away.

But take the turn-off to Jacob's Well and it's another country. The road is a series of straight bitumen strips which take you through car-high sugar cane fields first east, then south, then east again. In the distance, between breaks in the walls of cane, a plume of cloud-white smokes reaches for the Queensland sky from the single smoke stack of the sugar mill. It's an anachronism, like having a abattoir in your suburb. The next nearest sugar mills are two hours south and five hours north in rich alluvial soil country much more suitable for cropping. Even the local farmers agree. They petition the government every five years for permission to sell up and subdivide but the land is deemed arable and the government has held firm until now.

We picked up some bait and got on the water by 9:30. The fish were biting but they were all small buggers and didn't need a measure. We kissed them goodbye and set them free. Every time we decided to pack up and head home the bites came again. More small ones, mainly bream, a whiting, a sole. Then almost at the death of the day Denis landed a bigun. A flathead. We thought about measuring it on the marked up rule on the side of the tinny but the bugger was thrashing about threatening to jump out of the boat and we weren't going anywhere near those painful spikes. He was likely to do a runner if we got him anywhere near the water.

We reckoned he was just under the 70cm length. Unfortunately we couldn't remember the actual maximum legal size so we phoned Denis' wife and getting no answer left a message - 'Could she do a flathead google  and get back to us?'

Poor fat, father flathead, cos that's what he turned out to be (flathead over a certain length are all female and can't be taken), was having trouble holding his breath while waiting for the return call. Our one-size-too-small esky was a tad cramped and rigor mortis soon set in. We gave him our blessings and our thanks and, since we had enough to feed two couples, we headed for home.

As we hauled the dripping boat from the water attached to our Nissan XTrail, the phone rang.  Turned out the max was 70cm and we were comfortably inside the measure. Luckily the hour delay hadn't resulted in us becoming conscience stricken. We were able to partake of that dusky beauty free of guilt.
Posted by little hat at 21:37 3 comments: