How Croatia won the war 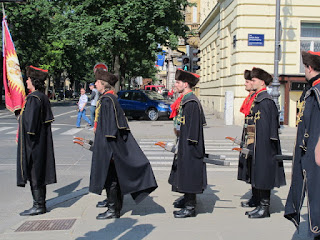 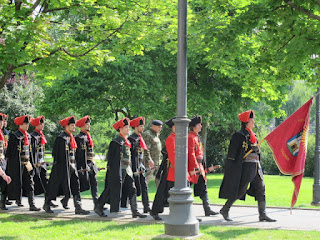 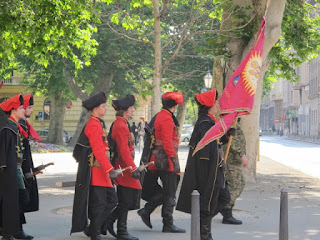 Travels with My Brother III - A bedroom scene

When we were young and shared a bedroom I can remember floating off to sleep with the endings of conversations drifting through my head. We were probably 15 or 16. We talked about everything. I knew it was special even at the time. We were navigating our way into the world of adukthood - politics, girls, philosophy, ideas. What a privelege that was to have your best friend in the same room. And then it all stopped. That's what Mick told me over a Croation mixed grill last night. 'I lost you for a few years then' he said. And i realised that I (a year ahead of him) had just disappeared. Even though we still shared that room, I spent all my time at my girlfriend's house or at Uni with my new friends. I had discovered the world beyond the bedroom and our catholic boys school a year ahead of him and was captured by it.

So here we were, nearly fifty years later, sharing a beer in a strange city, surrounded bt a history neither of us understood, exploring our own history. It felt like that bedroom conversation was knocking at the door, looking to find its place again.

And Zagreb? It feels like its gentle charm has allowed space for us to connect. Its hard to believe that this peaceful place where the main square is still the centre of community life was embroiled in a sectarian war as recently as the 90s which saw Orthodox Christians fighting Catholics fighting Muslims, and where centuries old family feuds were settled. Even though Zabreb escaped much of that chaos there's a sense that the current generation are still not sure how it all happened and perhaps wonder if it could all happen again in another twenty years. History threatens to constantly repeat itself.

Travels With My Brother II - Zagreb

Two brothers struggling with technology. Travelling isn't supposed to be about this. Mick's phone won't work (though his Ipad does). I can't get access to my hotmail where all my bookings are sitting in a hidden folder. We both spent what felt like hours yesterday trying to sort out our technology issues. I can only access this blog on my old Internet Explorer platform but can't upload any photos etc etc.

Are you interested? Probably not. Get a life you say. True. Maybe it's an opportunity to just be here. What a radical idea.

Mick and I are still friends. So far we have agreed on everything - where to eat, what to buy for breakfast - the sorts of things that can destroy a relationship! And Zagreb? We're in a street 150 metres from the main square. Yesterday we walked for two hours with a young guide who introduced us to the city. She overwhelmed us with unpronounceable names and lists of dates which, for two jet-lagged brothers was exhausting.

Highlights - the fruit and fish market which runs all day every day in the main square; a good caffe latte (kava se kneicom - my spelling); a tram system which reaches to all corners of the city (popl 800,000); views from the heights of the old city; and finally we became embroiled in a veterans' protest at parliament house - they're not happy with the government's treatment of them in terms of health and post war issues (the Serbia Croatia conflict etc is still very close (the 90s). Sounds familiar. The day ended with the two of us falling asleep face-down in a plate of seafood at a local restaurant.
Posted by little hat at 16:14 1 comment:

Travels With My Brother 1

I don't have an aunt. So I am forced to travel with the next best relative. Brother Mick. We've shared many things over the years. A bedroom for fifteen of them, toys, a backyard in Morningside, parents,family holidays, girlfriends (almost true - Mick met his wife on a canoe trip which I had helped organise with my then girlfriend now wife, Andrea)but we've never travelled together alone. We did a quartet (two couples) a few years ago to Portugal and Spain, but never alone. Funny, after you get married and have kids you're hardly ever alone with your siblings. Maybe the odd conversation on the verandah at the christmas gathering, but rarely two weeks in each others pockets. "I'd love to be a fly on the wall" observed Mick's wife few weeks before we embarked on our expedition. I will be interested to see how it goes. We're both mature men so I imagine we'll find a way to make it work. So far so good. We've arrived in Zagreb and in a few days we'll cross the border into Italy, our real destination. The family reunion.
Posted by little hat at 14:25 No comments: 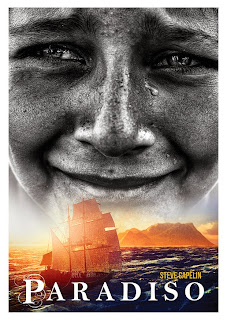 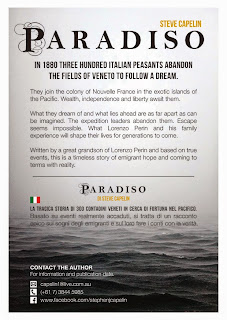 Nephew Adam Capelin has designed a post card to help me promote my "work in progress" to Italian descendant relatives over the next month.

My brother and I, and about 20 relatives from Australia (some of whom I will meet for the first time in Italy) are travelling to Veneto for a family reunion. I expect about 500+ people will be there, most of whom will be native Italian speakers. I have my grab bag of words which might make it possible to have brief conversations with locals.

I have also been pursuing some possible distant relatives in a little village named Chiarano where I believe a number of 3rd/4th cousins live. These would be descendants of Lorenzo's (my g/grandfather) brother Fedele who stayed in Italy when Lorenzo and his family headed for the Pacific. I'm interested in the possibility that one of them may be interested in the family story and might throw an Italian perspective on the whole experience. I don't care about having relatives in Italy so much as the idea of extending the story.

I'll be blogging about the whole trip (two weeks in Veneto and then two weeks in Sicily) so stay tuned.
Posted by little hat at 16:29 No comments: