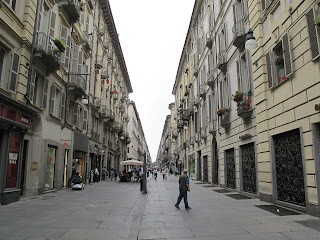 Turin (Torino) was the first capital of the new united Italy in 1860 (Florence and finally Rome followed as capitals). It has a musty air of grandeur. a sense that it's best days are in the past. The streets are grand, reminiscent of Paris and Lisbon, the piazzas and gardens impressive but it feels a little bit tired. 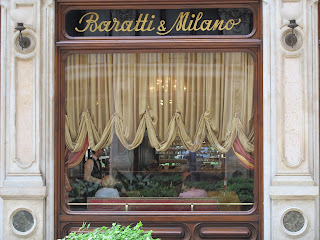 There is wealth and there is the life of the ordinary people (more of that in another post). There are tourists but it's not crawling with them. My accommodation in a small apartment with Federica and her menagerie of pets is one block from the main Piazza and has behind it the immigrant precinct. It's a pretty interesting area. 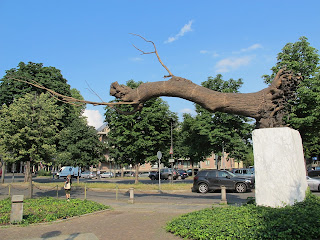 Italy celebrated its 150th anniversary as a nation in 2011 - not that much older than Australia in formal nationhood terms but dramatically different in every other way. This art work sits outside the Gallery of Modern Art and is one artist's reflection on 150 years as a nation.
Posted by little hat at 16:24