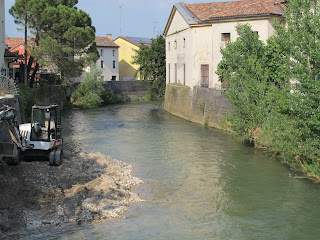 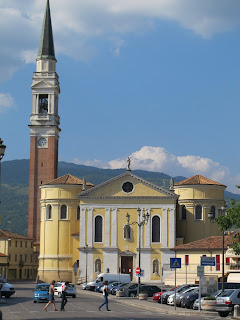 The bus to Treviso is empty. There are four of us on board including the driver. It seats thirty or forty. Everyone is heading in the other direction. Venice is the siren. Tourists crowd on to buses heading to the   world famous city. There’s a bus every five minutes. I wonder if it had the same pull for the peasants of 19th century Veneto or if it was merely a distant seat of power and represented  unattainable wealth. Treviso is a mere one hour north and the villages of the expeditioners only another 40 minutes beyond – short distances today but perhaps a challenge then. How then did these peasant farmers decide to begin a cross country journey of weeks to Marseille and from there a three month ocean voyage to a barely known destination.

Reputedly the birthplace of the Cappellin line of the Perin clan.

Cordignano has the feel of a thriving village with many shops and plenty of street life even on a day where the temperature reached the mid thirties. The village is dissected by a stream flowing from the mountains. The water has the same colour as the snow melt of the rivers of NZ. A grey green colour with a milky appearance,. It must carry heavy percentage of lime or other chemical gathered as it rolls through miles of sedimentary rock of the Dolomites. The centre of both Orsago and Cordidgano are marked with impressive civic structures. Both have an impressive tower and imposing church. Cordidgano in particular has a charming set of buildings apparently in a state of some decay as shown by the photos of crumbling internal masonry and damaged frescoes displayed outside. 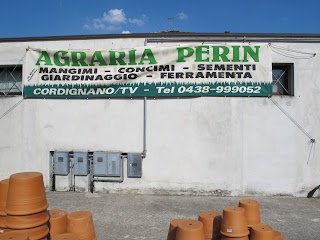 Met a Perin at the local nursery – Allesandro Perin.
Posted by little hat at 18:27