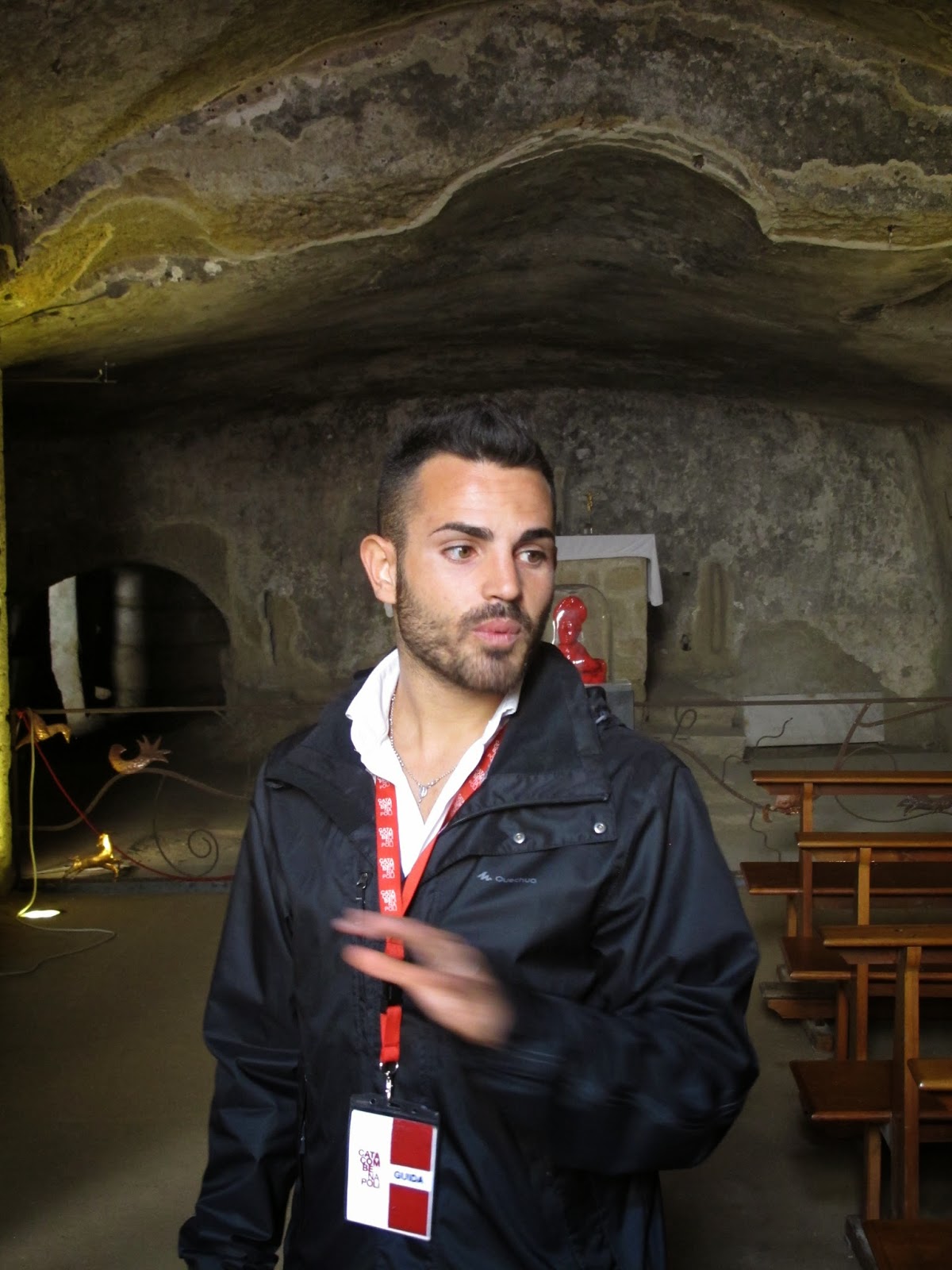 'Don't go down there.' I'm sitting in a tour bus on a bridge which overlooks the Sinita area of Naples. 'You have to go down in a lift.' The guide says it as if it's a descent into hell. 'Why didn't you stop at the drop off point?' 'We did' she insists. It was more like changing down a gear and hoping no one approached the exit door; as if tour buses might be attacked by the wild Sinitas.

As it turns out it's a stroke of luck. The next stop brings us to the catacombs of St. Genarro where we join a guided tour. It's led by a young man dressed snappy Napoli style and sporting an Italian haircut of the day, short sides, long on top, a derivative of the punk era but chic. A good looking boy. I didn't catch his name. Let's call him Guido for the sake of this story.

Guido's tour is enlightening and frustrating. I am frustrated at having to hear everything twice, once in Italian then repeated in English (though it's not as if I have a pressing engagement I am running late for). It drives me nuts for a while but there's not a lot of options but to learn patience in an underground crypt. There are bones here that have been dated from well before Christ and I'm a newcomer. Like the public transport in Malta and the no. 87 bus in Rome (which rarely ran and often failed to materialise), I accept.my lot and, in the presence of St Genarro's bones, (which are not really here since they were removed by one of the Popes who wanted them in his province, later returned and then removed again and now reside at the Naples Duomo), I practice silent prayerful meditation.

I've never been in catacombs before. This one is like a time capsule with its history dating back to pagan eras and evidence of each subsequent culture carved into its walls and adorned with painted frescoes which tell ancient stories. Now calm and attentive the equally interesting contemporary story begins to unfold. The locals, the Sinita dwellers, knew these catacombs existed but, for well over one hundred years they went unnoted, unnoticed and neglected. The demand for burials alongside a saint whose bones weren't even there had lost its attraction. It became a playground for the kids.

The fact that they were located in Sinita was also problematic. This is the 'bad' part of the city. The down at heel, poor, working class community living on the fringe of the city romanticised in song and film with the Bay of Naples and Mt Vesuvius holding it in their embrace as you approach land from the sea. Sinita is down both geographically and economically. It's invisible, certainly to the tourist. That lift ride "down" divides it from the affluence above. 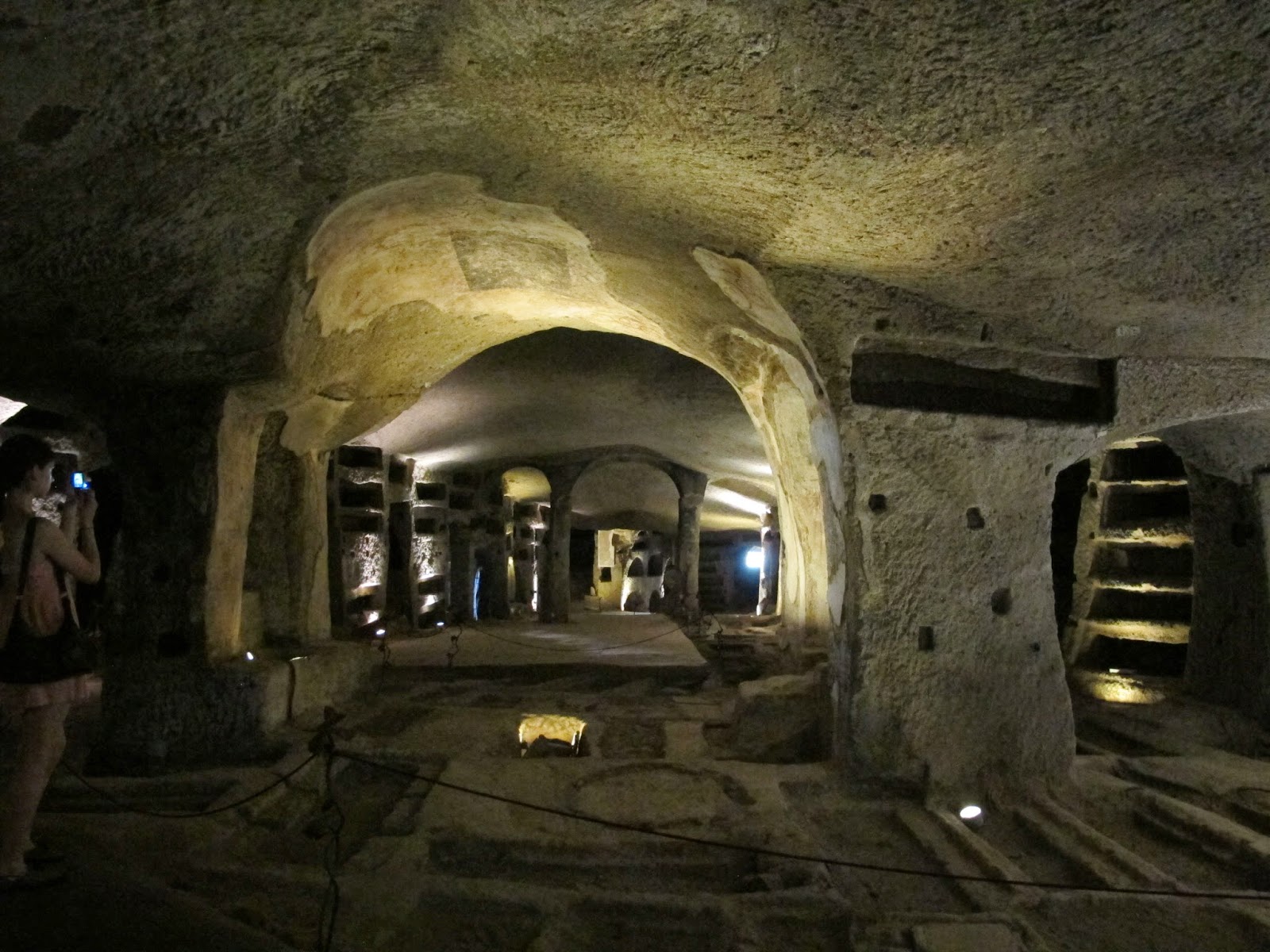 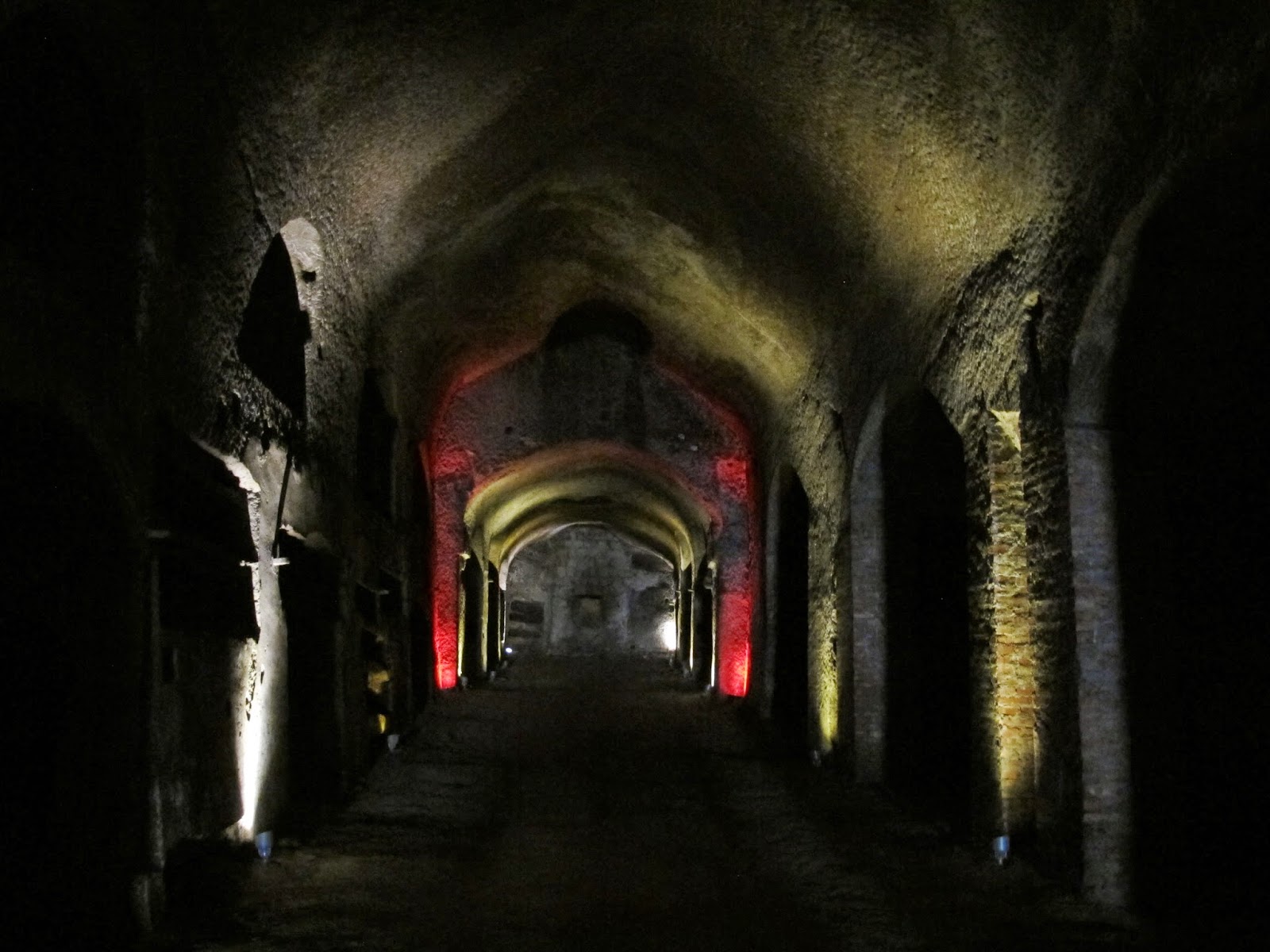 But back to Guido. He's a Sinita resident as is the young girl selling the tickets above ground. She and Guido are part of a cooperative of young people who maintain and operate the catacombs as a 'social enterprise'. Guido wouldn't call it that. He described it in much simpler terms telling us that the parish priest had, five years previously, suggested to a group of young people who had grown up playing on the church steps and in the catacombs below, that perhaps they could make a move to manage their own destinies and start by taking an interest in their own history. And maybe they could share it with others. It could begin as a way to build confidence and pride and perhaps it could grow to become a business with potential to create jobs and build a new economy within the community. What an impossible idea I thought, but I'm a sucker for a dream and this was an exciting one.

Five years later they are a group of fifty - guides, plumbers, electricians, ticket sellers, restorers, stonemasons, cleaners etc etc. He told us this at the end of the tour and, as he told us, my resentment at his extended Italian commentary fell away and I was left moved by his story. That final explanation was not accompanied by any request for donations, nor was it self congratulatory. It was Guido's statement to us that Sinita is much more than a ghetto for the poor. As the young woman on the ticket desk said to me 'if you come to Naples you must visit Sinita. It's the real Naples. It's the heart of the city.'

And we did. I have to admit to a certain apprehension as we navigated twisting, narrow, noisy streets, for we were very much outsiders. These were not streets designed for tourists. There was not a gift shop in sight, and a notable absence of bars and glass fronted display cabinets full of pastries, and there were few eating outlets. There were plenty of bike repair shops, fruit shops, a fresh fish outlet, men gathered in groups on street corners and twelve year old boys riding Vespas. 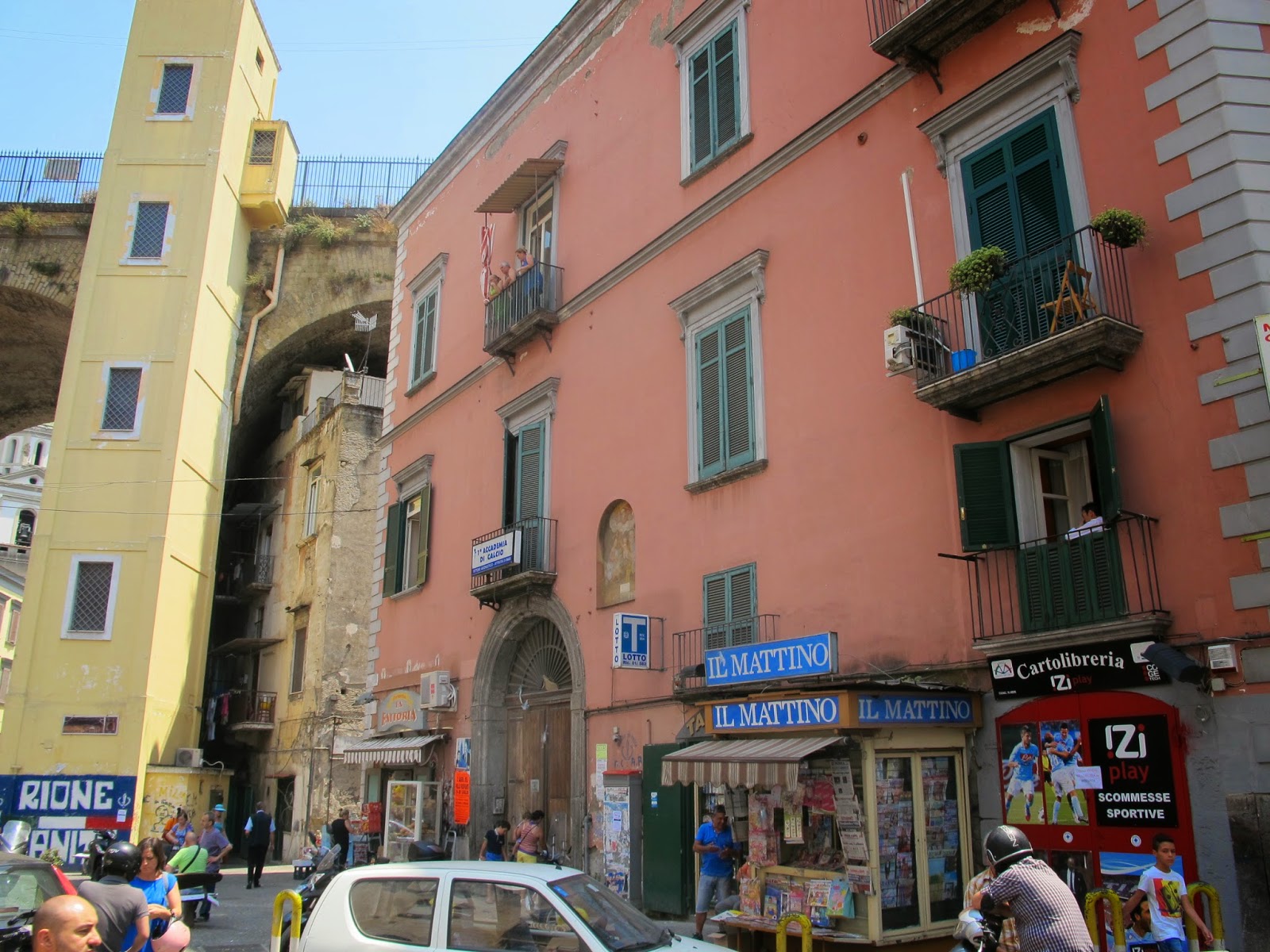 Eventually we came to the base of the fabled lift which would take us back to heaven and I felt sad that the tour guide would never recommend such a visit. Strangely, Sinita was the only place in Naples where I was given the correct change for my coffee and pizza purchase.