Three Amici in Sicily Part I 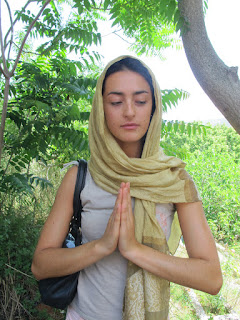 I've become interested in the essay form of late. It seems to me it's a cross between memoir, opinion and reflection. I've written a couple of pieces - each still in their formation stage. In one I wrote about my Malta experience (2014) of utter loneliness and compared that with the desolation my peasant ancestors must have felt finding themselves in the wilds of New Guinea in 1880 with the slimmest hope of survival. Get over yourself Steve I thought, but then realised that my feeling of devastation might not be as intense as the hopelessness they experienced but was nevertheless real. I survived. So did they. Why do some people survive and others perish in the face of overwhelming adversity? Do the optimists have an edge - never giving up hope? I am one of those, though optimism was not what pulled me through. It was hard work and the support of distant  friends. Was Lorenzo an optimist? I am prepared to give him that quality because my father was one and maybe his father (though he was more bloody-minded than optimistic as I remember). Maybe the genes flowed through.

And so I have set myself another challenge for 2015. Why, I might ask myself? And my answer would not be clear. It has been a little addiction of mine since I was in my twenties - a desire to take on unexpected challenges. I am not pretending to be special here or in any way compare myself with the real risk-takers of the world but nevertheless I have made some "odd" choices over the years. Malta was the most recent. One of the early ones was to give up a perfectly good job which I enjoyed immensely (primary school teacher) to accept a three month contract as a clown in a distant city dragging my pregnant partner with me. This one is: "travel for two weeks in Sicily with an almost complete stranger one third my age". You work it out.?

.In a sense I have two travelling companions on this trip. Nicola (aka Nicky), Kent born, Siracusa domeciled (for the moment) of Campanian descent with Italy and Sicily in her blood (one quarter in cold mathematical terms) and Guiseppe Tomasi di Lampedusa, author of "The Leopard". Lampedusa is not here in the flesh but in spirit. He died in 1958 and his novel (his only novel) was published posthumously. Nicky is my Italian speaking companion and Lampedusa is my guide to the Sicily of old which in many senses is still present.

Lampedusa evokes Italy in transition when Garabaldi and his red shirts were entering Sicily to begin the transformation to a united Italy. It is a time of change from the power of the Princes to that of the proletariat (later another structure emerged where other families became the source of power and wielded ruthless control over aspects of Sicilian life). Lampedusa writes like a poet. Every line is infused with rick imagery and with sharp insight into the human condition and its complexities. His world is one of politics and family and relationships. One of the most satisfying novels I have read. Regarded as a masterpiece of 20th century writing.

Nicky is the new generation. She is unaware of many of my core reference points which is why I had dubbed us "the odd couple". I write. She sings. I read fiction and write historical fiction. She reads biography - Keith Richard for instance, one of her heroes. Nicky is an artist, a musician with a voice which has hints of Nora Jones. Her modern  musical knowledge is extensive (particularly from the 60s forward). She loves a broad cross-section of modern pop while Tolstoy, Nabokov, Hemingway - the great pantheon of writers translated into English she has not yet discovered. May never. Though she has a delightful open mindedness to new experiences and new knowledge.

We three have decided that we are not "the odd (couple) trio" but maybe three companions seeking to inform each other of our worlds. We are learning as we travel - about history, music, culture, relationships and life in Sicily. It's a rich mix. There's a lot more to come.