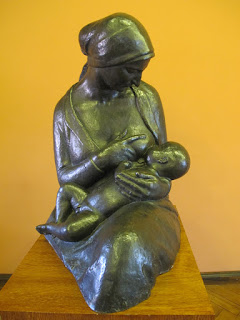 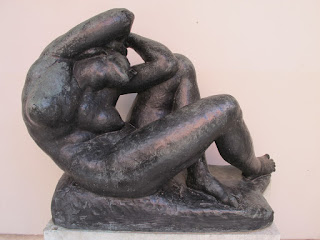 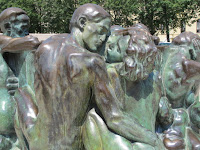 Look I am really ashamed to admit "I know bugger all about this part of the world (the eastern European countries in particular)." I won't even try to list more than one or two for fear that some of you will feel compelled to correct my ignorant omissions (are you there Nev?)

I am wondering why Australia accepted tens of thousands of migrants from Poland, Romania, Hungary, Yugoslavia etc etc immediately after WWII but their history and culture has not had the impact/recognition that the Italians and Greeks have. Is it because the Greek and Italian cuisines were such a hit with our palettes? Is it that they integrated so well (often changing their names to fit in) that they disappeared? Or did we simply prefer to notice those of our Western allies rather than the Soviet allied forces? Oops! Italy is the contradiction in that argument!

I don't have an answer. It just seems odd. They built the bloody Snowy Mountains Hydro electric scheme for god's sake AND what about the name of the highest mountain in the country (Kosiosku/Kosiosko). END OF RANT. 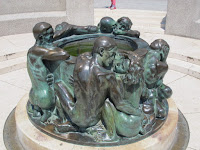 I am delighted to report that I have been introduced to some art and literary giants I never knew existed. Here are two:

No. 2  Italo Svevo - writer. Born 1861. Lives Trieste. Meets James Joyce who comes to live in Trieste in  about 1905. Svevo is 20 years older but they become great friends. Joyce lives and writes here over a 15 year period (including writing the first part of Ulysses - Svevo is part of the inspiration for the  Leopold Bloom character). Joyce regards Svevo as a 'neglected writer' and encourages him. It all comes together for him at age 62 with the publication of his comic masterpiece "Zeno's Conscience" regarded by some as the comic masterpiece of the 20th Century (I can't say - I haven't read it or all the other claimants on that title) but it's not a bad review to have. He dies in a car accident five years later.

I have no idea. But loving this series Steve. I have taken a number of trips with my sister, but never just us two. We'd love to one day.