Me and My memoir 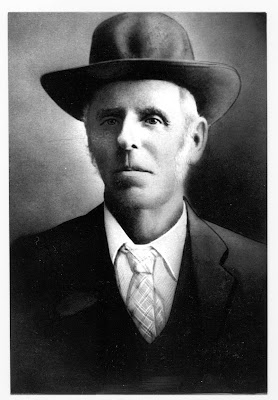 I've been busy getting my memoir, "In Search of Lorenzo", under way over recent months. I'm learning a lot. Fast. Each day. I started doing what I promised myself I would. Write write write - without too much editing. Not only did I succeed in minimising editing, I also managed to minimise any planning.
The second stage has now kicked in. Trying to conceive how this complex story will be told in a cohesive but entertaining way. I've discovered that writing short stories is a doddle compared with developing a more complex and full length narrative. Themes, sub themes, present, past and unknowns conspire to do my head in. In addition, some facts just seem to get in the way of a good story. I'm having to curb my tendency to make things up when faced with contradicting information.

I'm making some headway due to a few factors. One is I'm enjoying the detective work - which I thought would be tedious. Au contraire, there are so many contradictory pieces of information I feel like I'm in the jury room dealing with a complex crime scene, trying to sift fact from fiction and put disparate pieces of information together to make sense. Who should Zi believe? Two, I've allowed myself to inject some literary devices, even created elements, into the narrative. When I can't have been there in 1880 and neither was any other member of the family I'm faced with writing nothing or creating possible scenarios which try to capture some elements of the conumdrum facing illiterate peasant Italian migrants (who probably didn't even see themselves as Italian, given that italy didn't exist as a nation until 1861).

The other great help is attending a writing workshop.

Iattended the second in a series of four last week and had a couple of lightbulb moments. Nerida got us to write three beginnings to our work - one from a character perspective, one from a descriptive position and the last taking an element from the middle of the narrative and bringng it forward. That was liberating and I'll use all three somewhere in the memoir. We also discussed structure and tension which is fine if you're writing a fiction novel where you are in total control of the events. In a memoir based on facts, the challenge is where do I find the tension. How do I make each section, each chapter, build to a climax or at the very least overcome some obstacle on the way to the finale. Tough but exciting.

So without wanting to bore you to tears here is a sample of one of the beginnings I wrote at the workshop which I have used as the opening in this early draft.

In Search of Lorenzo
Going Home
I
‘Should we get on with it?’ My niece has a deadline to meet. She needs to navigate the rough dirt track to her hippie caravan in the mountains before dark. That’s a two hour drive away in the ranges behind the Tweed Valley.
‘It won’t work here’, comments my aunt. ‘The wind’s in the wrong direction. The ashes will blow straight back into our faces. There’s a jetty on the other side that might work.’
‘I don’t want you to put poppa in the river’, says my daughter from the back seat of the car where it’s warm and where she’s lying prone, the victim of an early winter flu. ‘That’s all I’ve got left of him. Can’t we keep him?’
There are seven of us here on Kev’s anniversary a year after his death in 2007. We plan to return him to his beloved Richmond River. We are upstream from his old family home; cane fields mark the other side of the river and beyond that the Pacific Ocean attacks a wild windswept coastline.
I want this to be meaningful. This man was special. I want to watch my father’s ashes drift downstream ten kilometers to Ballina where they will mingle with the salty waters washing the headland and beaches, home to the prawns which the locals have made their icon. The home of ‘The Big Prawn’.
This is a key step in bringing Kev home and resolving his conflicted relationship with his Italian and Irish heritage but we can’t seem to get it right. The picture I have in my head doesn’t match the reality of this day. This bit of the story is every bit as hard to put in place as every other piece of the puzzle spanning the preceding one hundred and thirty years.


II
In 1880 Tom Kilcoyne was preparing his family for escape from the 1879 famine sweeping through County Mayo in Ireland destined to join the tens of thousands of refugees heading for Australia for a new life. In Veneto, Lorenzo Perin had joined a group of local peasant families who had invested their life savings in a scheme which promised them a slice of paradise in the South Pacific. Thomas and Lorenzo were my father’s maternal and paternal grandfathers.
III
In 1980, in a small war service home in Brisbane, my father was preparing to embrace his Italian heritage publicly for the first time. He was fifty nine. The shame of growing up Italian was about to be expunged. He was about to travel to northern NSW, his ancestral home, to celebrate a little known, yet dramatic, event in Italian/Australian history.
Posted by little hat at 18:00

Love reading about your process, Steve.

Once I wrote a story, and I knew it was significant (to me), but I couldn't figure out why. What the hell was the theme? Why was I so fixated on this character? I couldn't get a grasp on the thing.

Finally I started playing with some of the images in the story, particularly the repeated ones. Then I looked up the meaning of these images in a symbolism dictionary. That changed everything. I had myself a theme.

When you do come up with that bit, I think you should not think of the memoir as one big story, but lots of little ones. (Aren't they all?) Pointing (in sometimes subtle ways) to that theme. Big story will emerge, I'm certain of it.

GLAD to hear about the workshop. Love the 'beginnings' exercise. Wasn't 'bored to tears.' Love this kind of stuff! I never tire of other peoples' creative process!

This is a wonderful project.