Magpie 37 The hole he left behind 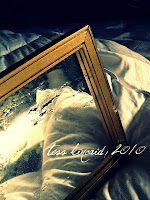 There is a sense of sadness in this image. A sense of things discarded. Of lives and time forgotten.


He was a regular visitor.
Like clockwork - every sunday he'd arrive at 4pm
apologising for his intrusion, apologising for being early.
A giant lump of a man; a wool bale of a man.
His ruddy complexion and giant hands
in stark contrast to his older brother
my father

I never knew where he lived only
that he travelled by tram every sunday to have a family meal
and came bearing gifts - lollies and chocolates mainly,
except during 'ekka" week when he'd arrive laden with show bags.
Two of everything
Minties, Allens Sweets, Licorice and a Magic Bag to share -
for us his two nephews.

One sunday he wasn't there
Uncle Nat regular as clockwork failed to appear.
It was a minor change to routine. The family meal went ahead -
Uncle Nat was not coming today we were told.
His gravy covered roast beef sat forlorn on its white china plate
congealing before our eyes.

His place was set the following week, his plate of food remained untouched.
Our questions were answered with a lift of the shoulders
"I don't know love. He's probably gone on holidays'.
We missed the chocolates but got used to their absence
as we got used to the empty chair at the sunday roast.

The riverside wool stores became bric a brac markets
then upmarket apartments for the young suited aspirationals
transforming Uncle Nat's wharves to industrial chic.
The ekka became a distant country ritual.
Childhood led to adolescence then independence
and adult life and parenthood
and the moments of panic at the possibility of loss.

Now
snippets of family stories emerged
of Nat's troubles, of Nat's disappearance as a teenager
and the sense of the hole he left behind.

Week by week
month by month
ekka after ekka
Uncle Nat had just slowly
slipped away
beyond reach
beyond family
to seek
a peaceful place.

For more stories from the Magpie Tales writers click on the stamp
Posted by little hat at 14:23

I remember the woolstore markets...my mother used to take us there as children.
Your Uncle Nat made some beatufiul childhood memories for you, didn't he little hat. Your Uncle Nat reminds me of my Uncle Clem. A marvelous melancholy Magpie!

poor Uncle Nat-he must have been a lonesome person.

I agree with Kathe, he must have been a lonesome person!

My Magpie is Here

Evokes a little guilt. A loving uncle who always thought of the children fades away as we grow away then he is gone. And we barely notice until we become the uncle and watch the distance grow.

The power of the unsaid leaves me wondering and wistful... just lovely, Steve. Thank you.

Nice write... you have left much to the imagination of a man who...
yet created lovely memories to be reminisced years later...

A good write. An accomplished Magpie.

An excellent magpie. So sad that he just disappeared from your life.

I loved the poem about this uncle who disappeared - it must have seemed very strange to the young nephews. A wonderful poem, by the way, great read.

not much that's sadder than an empty place at the table...

I can't help wishing you'd typed this as prose - it would have been less distracting and easier to read more than a couple of words a line in this unusual story...

Unless my eyes deceived me - this is mark two, and has much more inpact. :) Thanks for listening, and leaving me a comment in reply.

I am way too busy, sorry for overlooking your comment.
I finally find time to read comments left in my blogger...
love your poetry,
keep writing.

Welcome Linking in any poem, join the fun today!


link in an old poem, thanks for the support.

poor guy,
hope that it is not your reflection, kidding!
fabulous tale.

welcome linking in a poem to our potluck today, Thanks in advance!