Magpie Tales 6 - The girl with the sun in her eyes 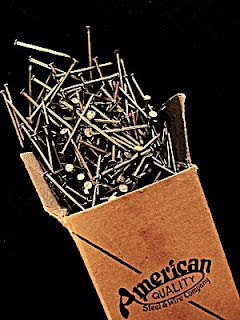 Number six in the Magpie Tales series. Visit Magpie Tales to read the many responses to this prompt. Hosted by Willow of Willow Manor.

The girl with the sun in her eyes

She'd left George and gone to bed, him listening to his beloved Beatles. She read herself to sleep to the lyrics of Fixing a Hole ....... where the rain gets in and stops my mind from wandering. George's obsession was deeper than nostalgia. He was a collector of musical ideas. The idea that all modern popular music began with Sergeant Pepper was an article of faith. For him everything that came after 1967 was somehow contained in that album - strings, orchestras, synthesizers, sampling. Creative genius and experimentation was evident in every track.

Louise left for work early next morning before sunrise. She worked in the city, a two hour journey from their idyll in the mountains; first by car down the narrow twisting mist shrouded mountain access road, then a forty minute dash across the plains to rendezvous with the 6:15 express to the central office district.

It was a great way to start the day. An hour of solitude; an hour to catch up on her reading and mentally prepare herself for the battering she had come to expect as the outsider in the hospital system. Doctors ruled. Her recruitment as the director of teaching had been an anomaly. She was well qualified but unprepared for the animosity to her fresh ideas.

She rang him at 9am from her office as was her habit. He didn't answer. Not that unusual really. George’d be up but avoiding sitting down at his computer to write the next article commissioned by his magazine editor - breathing down his neck for another daily contribution on 'surviving the change'. Louise, at 48, used to joke that it should have been about her hormones rather than living in the country.

After another two phone calls she had an uneasy sense. Her skin prickled. She became distracted in the early afternoon briefing with her director. As a supervisor he was an odd man - at one level sympathetic and sensitive to nuances of mood; at the another he could be extremely cold and almost cruel when he was under pressure. She had occasionally received calls from him at 2am on a Sunday morning. He'd just read one of her emails questioning the direction of the teaching program and he could not resist the impulse to respond.

Recently he'd been pretty supportive. He understood her pain. He had seen loss, and while not having experienced such devastating grief as hers he was able to make a connection.
He sensed her distraction. Are you alright Louise? He was genuinely interested. These last few months had built a new closeness in their working relationship. I can't raise George. It came out as a question which, strangely, seemed to be directed at the furniture. It's not like him.

She was on the 2:15 train and approached the main gate to the old farmhouse by mid afternoon. The day was still warm. another perfect blue day. As she bumped her way down the rough cow track she tried not to let her mind race ahead. He would be okay. Probably just one of his quiet withdrawn days.

She crested the rise and stopped. The large pond before ger lay perfectly still. Water hyacinth clung to the perimeter of the irregular circle marking out the man made dam which supplied their fruit orchard with permanent water. The new fence still looked out of place. It was ironic this fence, like trying to fence in the rain. They'd come here to escape the changes in their old neighborhood. To avoid the high walls springing up around them creating gated enclaves; neighbours paranoid about nothing but their own fear. Louise and George wanted no fences, only open spaces. How could they have possibly have foreseen the unlikely scenario. Their daughter was sixteen for heaven's sake. Not a child. Why shouldn't parents treat themselves to a weekend at the coast once in a while. At sixteen Julia was a young adult, mature enough to spend two days in the company of her close mates.

The Coroner had not been able to say definitively what the cause had been. Death by misadventure was so enormously unsatisfactory an explanation. She put the car in low and through her misted vision bumped her way towards the house.

She could hear Lucy in the Sky playing as she climbed the stairs. George used to say it was written for Julia. It was what he needed to stay connected. Underneath the chorus, 'ko koo ka chu', she detected a series of arrhythmic sounds - like someone tapping at the door, but she was the only visitor on the doorstep. The tapping stopped and began again. Then silence.

She caught sight of the foot of the aluminium ladder straddling the doorway to Julia's room.

I had a feeling of foreboding when he didn't answer the phone.
You build up the tension very well but very cleverly don't spell it out at the end, just the glimpse of the ladder...

The sense of drama -- was mounting -- weaving layers in with the different characters ... I felt the anxiety of Louise as she walked in the door of the house.

wonderfully written...great build up and a brilliant end that leaves room for our imaginations...

You've still got me thinking!

Yikes -- somehow it was the description of the pond that began to chill my blood. And then it went on...

You took me back to Kansas with the pond and the bumpy ride back to the house. Ladder? Shivers. I liked the effect of the music, too.

I liked the metaphor of the man made dam..You brought the reader in with you...we participated
and we knew as did she
This was very wonderful to read...and I must say..re-read

And thank you for commenting about my story...I am humbled

Oh, so sad, but so well written. You pulled me right into her life.

Thanks for visiting my neck of the woods for Magpie Tales. This is a spellbinding story building up to what I hoped not to happen. Great job.
QMM

Steve, well done! Written with care, complex characters in a short amount of space. Unfolding drama - good magpie for you!

I find myself wondering what she'll do now...

Compelling, evocative, poignant - just loved this. You set the scene very well - I saw what was coming! Great piece. Thanks

Thank you visiting my blog, as now I have discovered yours.

Loved reading this and will be back for sure! Music lyrics entwined in the piece worked really well.

Oh. This was wonderful. You have a powerful writing style...to return the compliment you paid to me. I am happy to have found you. What all your comments are saying is true. You created this story with masterly discipline. Good work.