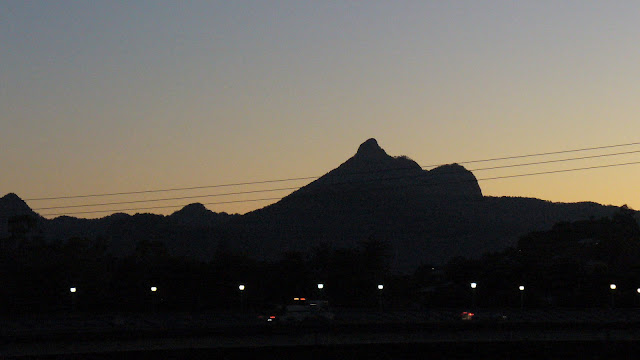 In the small town of Murwillumbah, surrounded by canefields and banana plantations, sits the Youth Hostel time forgot. Tassie, real name Neville, 'you can understand why I changed my name', runs an establishment from the 70s. Tassie arrived here then, from Tasmania, as a young hippie in his twenties and never left.

Below the rear deck of this ageing relic the Tweed River sparkles and the sky darkens on this first day after the winter solstice. The light is struggling to hold for a few extra seconds to reassure me that summer is again on the way.

In the Vietnamese restaurant in town which serves mainly Thai food, the young girl who waits on our table epitomises what I always hope for in small towns. She is bubbly, cheeky and smart. I ask if the macadamia nuts which the prawn entree is to come coated in are local. 'I don't reckon' she tells me. 'It's all bananas and cane around here.' 'Yes' I say, 'but there are macadamia nut farms between here and Byron Bay' 'Oh' she sparkles, 'anywhere further than walking distance from here is "way off land." That's not local'. She is happy to play with the macadamia nut joke most of the evening until I use the reference one too many times and her blank face tells me the game is over.

By 9pm my mate and I are back in the Hostel dorm. We have the place to ourselves. There's no sign of other overnighters, though Tassie tells us there is another traveller, a woman in another room. As advertised Tassie appears at our door at 9.05 asking us if we'd like some complimentary ice cream. He's wearing an  elaborate multi-coloured jester's hat, all floppy points and pom poms. In his arms is a large stuffed teddy bear. It's Tassie's nightly ritual. It his "point of difference", though this hostel is already remarkably different from any I've stayed in before. Tassie has had thirty years to refine his system. We decline the ice cream. He seems disappointed. We feel guilty. But we sleep well. 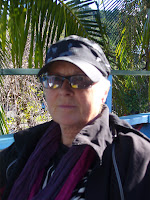 We awake to a beautiful day with the sun pouring its charms over the Tweed Valley and into the hostel. My mate goes for a swim at the heated pool over the road and I decide I'll read my book and have a cup of tea. We've only come for an overnight stay so I have brought neither tea nor milk. I have just assumed I'll find a tea bag somewhere in the kitchen and pinch a dash of someone else's milk. Tassie springs me as I examine the fridge, takes pity on me and offers me a half a cup of milk from his own supply. He assumes that, in boy scout style, I will at least have brought my own tea. I then scour the kitchen searching for a tea bag and turn up nothing. At this point I am reconciled to having a half a cup of cold milk for my early morning drink when in walks Elke, the invisible guest whom Tassie has mentioned.

'I don't suppose I could have a second go of your tea bag after you've finished?' I shyly ask. As I say it I can hear how pathetic it sounds, but Elke is not one to judge, it turns out, and graciously produces a brand new one for my use.

On the deck, where the evening before the light had slid warmly behind the majestic Mt Warning we share our tea. The river below is loving the morning sun and winks back at us. 'I'm pretty much semi-permanent' Elke replies to my traveller's question. It turns out she's up here from Tasmania escaping the cold and considering her options. She talks about her background and it transpires that she is not unfamiliar with the area. She arrived in Brisbane around 1969 from Germany, married and stayed, completing her high school locally in her late twentiies and then heading for Uni . I don't get the middle period of her life except to understand that she is, as she says in her honest Germanic way, "multi-talented". She has lost her purpose. We both agree that a purpose in life is important no matter what age or stage you're at. She has artistic skills but they've become dormant, as they can do when you're in a comfortable stage of life and when days slip by without effort. But something has changed and she means to find a new direction.

I like this woman. She is full of life and understands that there is no point in standing still. At some point she asks me my age. I can't remember where that question came from and sometimes I like to think that I'm ageless but I answer. But since she asked I decide to ignore the maxim "never ask a woman her age" and shoot the question back her way. She's 72. I am a little taken aback as I would have thought her more than ten years younger. She has great skin, her hands are those of an artist and her eyes sparkle.

The cafe in town is packed. The food and service is great and the sun continues to share its warmth with us on this midwinter's day. 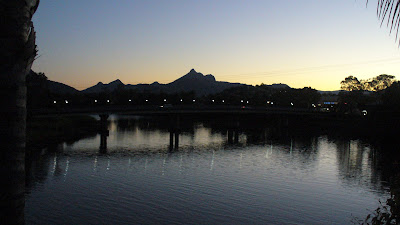 This is great work Mr Hat.

Pretty bloody good indeed - but you know the old saying, age is an attitude. Or something like that.

Photo at the bottom is gorgeous. Is that from a new camera?

Hi Jennifer. I did a lot of camera research and suddenly realised that I hardly understood or used the functions on my existing Panasonic. So I've been reading the manual for the first time (after six years). Surprise surprise it can do lots of amazing things! I've decided to make the best of what I've got before I go and invest a lot on money in a camera I might never understand.