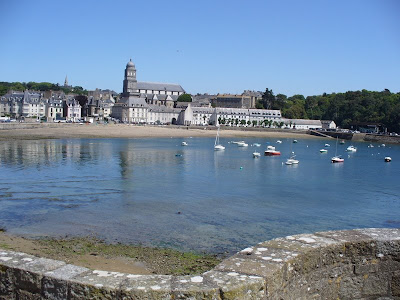 St Malo France - June 2008 - freezing water; exhilerating
I learnt to swim before I went to school.
My father and his mate Ken took us to what they called the Submarine base on the Brisbane River at Colmslie and under their watchful eye we dog-paddled in water which was clear - until we stirred the clay base where submarines lurked. In this murky water, which was bottomless to us, we played innocently, never caring for the dangers, only falling in love with water and the world of swimming. 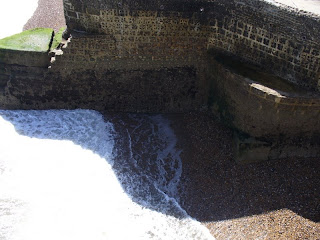 I blame my father for my addiction. At Caloundra, waist deep in foam whipped by February cyclones we challenged nature and won the duel. At Currumbin, we learnt to bodysurf beside Elephant Rock and rode tidal waves to the wide sandy shore. And every year summer was a beach somewhere in southern Queensland or northern New South Wales. As adults and parents our children were inculcated into this cult and learnt about dumpers at Peregian, sharks at Stradbroke and swam with three generations of our mer-family at Brunswick Heads. And still the waves roll in and again and again we are drawn back to the ocean for an injection of salt and sun and a renewed energy in the awesome presence of water. 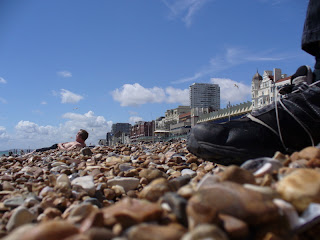