MIGRATION IS NOT NEW. - The Italian Experience 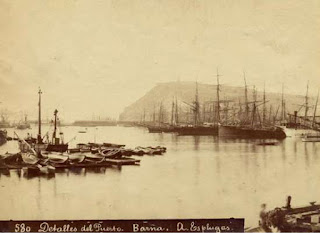 MIGRATION IS NOT NEW.
Families have been seeking better lives in countries other than their own for centuries. In the period between 1871 and 1900 (thirty years) almost two million people left the province of Veneto in northern Italy for other countries.

Veneto, the area which was once the Kingdom of Venezia, is basically a rural province and it was the "contadini" (the peasants) who fled poverty, turmoil and poor harvests for a better life. Today we might call them 'economic refugees'.


Italy as a whole saw twenty million people emigrate in the period 1861 to 1941. That's the population of Australia (a further nine million since 1941).

"Emigration also became a highly profitable business. Unscrupulous agents, shipping officers and unscrupulous bureaucrats soon found out that there was a lot of money to be made from the misery of the migrant. Migrants were often forced to travel in appalling conditions. Yet despite untold suffering, Italians continued to migrate.'* They headed to North and South America (it is estimated that 50% of Argentinian nationals has Italian heritage), to northern Europe and in relatively small numbers to Australia.
Many returned to their native country - as many as two thirds, but many became citizens and intermarried and lived a new life, adapting to their adopted country.

* quote from "The Italians in Australia" G Cresciani (2003). Source of figures: "From Paesani to Global Migrants - Veneto Migrants to Australia" L Baldasar and R Pesman (2005).
Posted by little hat at 09:35