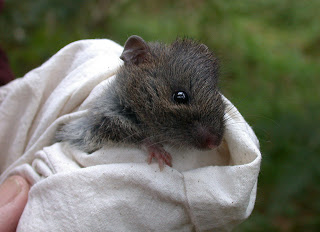 I was out-partied this week by a bunch of rodents. Not huge river rats from the Thames but mice sized black coated country rats who like to play.

We were up on the highlands, two hours inland from Brisbane for three Autumn nights post Easter. To get there we travelled south-west through the Fassifern Valley and climbed through Cunningham's Gap. Up and over the saddle straddling the Great Dividing Range. It's short and steep here and on the other side it flattens again into fertile grasslands which canter on mile after brown mile until you get to Stanthorpe.
Stanthorpe is granite country. 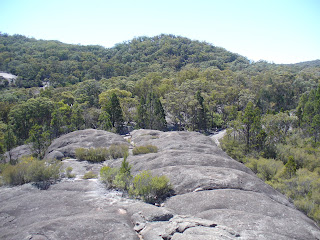 Huge gray outcrops dot the landscape and boulders emerge unannounced from every surface across the undulating plains. It’s always significantly cooler than the coast and this week, while Brisbane sweltered, we sat around a fire each night and sighed and drank our way towards bed. Drank because, though we are in the subtropics, the altitude is friendly to stone fruit orchards and to grape vines.
Once the province of rough reds made by the a handful of early Italian settlers, the area now boasts dozens of wineries producing ever improving vintages of chardonnay and semillon, shiraz and cabernet. Old names such as Puglisi and Barbagallo live alongside the newcomers, the Tobins and Masons and the 'tree changers' who have arrived in large numbers. Why wouldn't you? Plenty of good wine, five degrees cooler than the coast, a thriving arts community, free of traffic jams and full of city small croppers all willing to give advice and learn from each other. 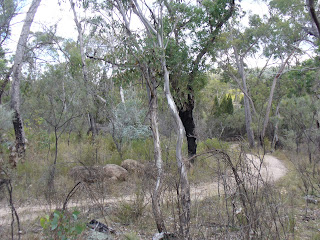 And its cheap. Half the price of its lowland neighbours.
Our accommodation was shocking. As we rounded the bend along the single vehicle track close shepherded by scrub on either side we all gasped. It was bloody incredible. Our simple accommodation stood before us all ripple iron and raw timber with decks leading off each bedroom and another off the living space. We couldn't believe our luck. Over the years we've tried to find affordable cabins within a few hours drive of Brisbane but our quest has always been in vain. Seems like there are too many people with too much money willing to pay stupid rates for bugger all. But here we were. And as it turned out the fridge was stuffed with home made jams, thick home smoked bacon and pork sausages from the owners free range pigs, milk, cereal and, wait for it - fresh baked bread and muffins delivered each morning with the newspaper. And the rats, or as our host might have preferred, the marsupial mice.
We didn't notice them at first. 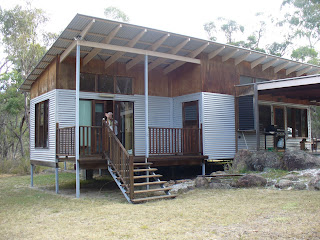 They're nocturnal. Our host warned us to be ready for the scamper of tiny feet each evening and she assured us they were vegetarian - not at all interested in human flesh. The ladies breathed. I smiled. Why would you be scared of some cute little field mice. Native mice at that. They probably even spoke English.
All was well until the third night. Something woke me at about two in the morning. It was the sound of a party. There was squeaking and dancing; there was flirting and hide and seek and occasionally there was a jealous outburst when, I suspect, one of the boys had cut in on someone elses' dance partner. This was not some party in the distance, in some neighbour's house, but in my room. By my bed. Mistress A. snored on. Oblivious. At first the action came from one corner of the room and then without warning, as if teleported across the room, the party goers suddenly decided to jive in the opposite corner. I was convinced I was surrounded. I swear there were at least twenty of the little buggers. 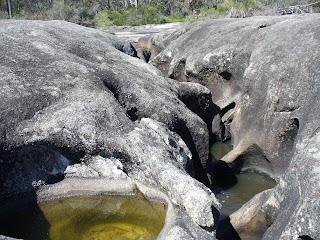 At first I was amused, but slowly I had this sense that if native rats were comfortable spinning across the carpet in this room and sliding across the polished floor in the living room why would they not be quite relaxed about climbing into bed with a warm human body. What was the distinction between the floor, the benchtop, the ceiling cavity and a bedspread? None of these environments was native. Obviously the human owner had the rats in mind when she commissioned this retreat in the bush. What better way to protect vulnerable marsupials from predatory owls and mopokes, from carpet snakes and foxes.
Nights can be long. and though I am a sound sleeper by nature, in this case I was double bluffed by my fellow tenants. 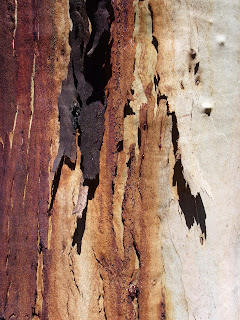 I listened while they caroused, half inclined to join in but sadly this was not my party. I finally fell asleep from exhaustion and boredom. There is only so much partying one can listen to; and only so much waiting for the scamper of feet across one's bedclothes one's mind can cope with.
I expected to wake to a scene of chaos - clothes chewed, toiletries scattered across the room and my mobile phone scarred with tiny teeth marks. In the early morning silence, a silence which had me thinking that perhaps I had imagined all this, I crawled out of bed to inspect the shambolic room.
To my consternation there was no evidence of the night of debauchery. Not even a dropping. I believe I have discovered the rare existence of the tidy mouse. The intelligent mouse which cleans up behind him/her to minimise retribution, to reduce the liklihood of a bloody revenge.
But even native rats and their native rat cunning have their point of vulnerability. On the bench in the kitchen lay the devestating evidence of the evening's party. Two half consumed muffins, our treat saved for our final day, lay side by side, still partially wrapped in their linen cloth, a hole gnawed where once a knot resided.

You are so much braver than I! I have slept in all sorts of strange places (won't go into that though) but draw the line at sharing a room with rats ... no matter how cute and cuddly they are.

I am a Pom - but I grew up in Hong Kong, moved to England when I was 18, stayed for 4 yrs before going back to Hong Kong. I left again HK 16 yrs later to live in Cape Town ... (oh the saga is endless) our African adventure lasted 2 yrs (my husband was a Zimbabwean) and then we moved here ...

Facebook can be a little stalkerish, and indeed I have some odd friends on it - I have also had reason to 'defriend', it's a whole new set of social rules isn't it?

Yeah that little rat is cute and all, but that would have been a three-day-no-sleep 'holiday' for me!