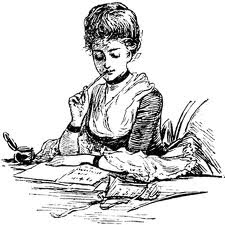 It’s kind of old fashioned isn’t it, to write to someone you’ve never met. A pen-pal, in this era, just doesn’t quite fit. I was reminded of that this weekend just gone, when I encountered a woman standing on a platform overlooking the beautiful beach at Byron Bay (where Andrea and I had gone camping for three nights).

I walked past her as I was heading for a swim and, out of the blue, she announced out loud, to no one in particular (though i was the only person within earshot) how wonderful it was to be standing there and being in Byron Bay. I hesitated and we got to talking. She was in her seventies and had always wanted to visit Byron and wander the streets with the hippies – it was once the home of the flower people, though it’s now more likely to be over-run by backpackers and boozing young people whose parents may have been into peace, and mind-bending drugs in a former life (now most likely high flying solicitors or stock brokers). This is the area where the Australian version of Woodstock (the Aquarius Festival) took place in 1973. The hinterland is still full of alternative life-stylers living life in rainforest retreats and surviving on love and organic vegetables. 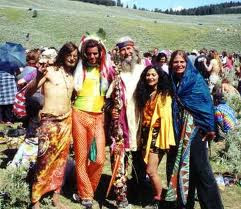 I suggested that, perhaps she had once been one, and she quickly assured me that no, that was never the case. She was from Western Australia, five days drive away on the West coast of Australia. She was having her exotic late life adventure.

I asked her what her plans were and it turned out she was doing a trip down the East coast with her husband and, I assumed, towing a caravan. But no, she was visiting her ‘pen-pals’.

She had already dropped in on one in Hervey Bay (about five hours drive North) and stayed there a few days and was now visiting another in nearby Ballina. She had her next lined up somewhere near Newcastle, another five hours drive South. These were people, she told me, she had been corresponding with for over twenty five years but had never met.

She was absolutely confident that her friendship with these strangers was genuine and felt no hesitation in assuming that she would be a welcome visitor for a decent stay in each place. She certainly hadn’t come all this way to drop in for a cup of tea and a biscuit. 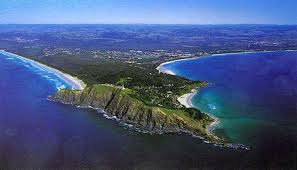 It reminded me that facebook and internet friendships were preceded by other forms of international and distant connections with unseen strangers – people who craved links to other cultures and who became friends by dint of written correspondence.

I met my very good friend Jacqui via the web. We commented on each others blogs for about a year and then we wrote private emails for about another and then we met in the company of a third strange blogger for safety I guess but we found kindred spirits in each other. It augers well that our men like each other too and have much that is scientific and political in common.

Does that make her my Web Pal?

How funny - I have just written something similair in an e-mail to someone. Bit spooky that I log in and find you have written about it!

I have only met one blogger friend - a young man (younger than my kids) when he came to London for a day. Funnily enough he then wrote a whole blog about me.

I do write to a couple of blogging pals privately - writing allows you to cross barriers more quickly than a conventional friendship but thats because the opt out is also much easier.

In London we tend to look straight ahead and carry on walking when strangers start talking out loud - you Aussies are much friendlier!

I hate this shameless self-promotion but thought you might enjoy a post inspired by your story http://northfinchley.blogspot.com/2011/09/elephants-foxes-and-squirrels.html

What a great story! Maybe 25 years from now, I'll be dropping in on my blog buddies.

I've had correspondences all of my life. My first penpal was my great aunt Nora. I've had numerous other penpals over the course of my life, up to and after the arrival of the WWW. I'm happy to be able to say I got a letter in the mail yesterday. And I've had a number of romances, including a fresh new one, begin in the letter writing realm.

I'm sure you'd not be surprised about all that LH. Hopefully you won't be too surprised when I turn up on your doorstep one day.

SEO is a main factor, and keyword analysis comes integrated in the sphere of the value. (However I give birth to a a small amount of
Partners specializing in the sphere of SEO who can really search out your level up there). I can help you mark your
Replicate, or else simply "edit in support of web" to search out it feat your target audience and speaking their
Language.web design byron bay