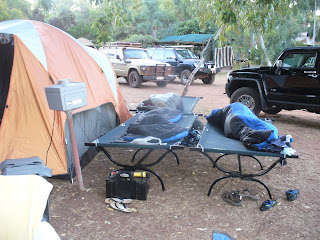 At One Arm Point our presence had provoked interest, at Cape Leveque we reverted to curiosity status. Our campsite was centrally located on the pathway between the East and West beaches. There was constant foot traffic past our tent and around our giant stretchers which were scattered around the Hummer (we couldn’t fit them in the tent).

Was it our strange sleeping arrangements or the Hummer which caused people to pause and stare as they passed by?

To compensate for our embarrassment each of us told our Hummer/stretcher story to whomever was unwise enough to slow their pace and make eye contact. At times we found ourselves prompting each other to tell the hapless visitors another chapter of our harrowing story only to find that we were repeating a story already told.

We had become Hummer obsessed. We were at risk of becoming Hummer bores.

‘Watch out. It’s those people from the Hummer again’ families were heard to mumble as they returned from their evening appointment with another glorious sunset.

After leaving Cape Leveque the kilometres rolled by and our Hummer phobia began to fade. Our Hummer love affair was beginning.

We mastered the complexities of the CD player, the sun roof opened on command; we learnt how to override the automatic locking mechanism (which locked everyone into the car until the driver agreed to set them free); we became mesmerised by the compass and temperature readout appearing electronically on the rear view mirror. 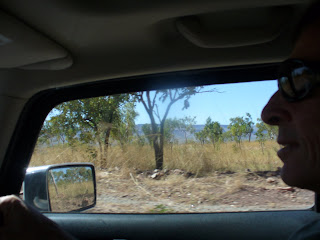 The boys twiddled with every button on the dashboard, constantly consulting the manual while missing vast tracts of stunning countryside. The girls in the back pretended to be dismissive of this obsession with dials and gadgets but were secretly in awe of our technical expertise

'Open the back door please'

'Turn up the airconditioning'

'There’s too much bass on the Leonard Cohen CD'

'Can you please just watch where you’re driving and stop fiddling.'

The envy we created was subtle but palpable. Our black Mariah entering campgrounds turned heads, drew stares, created division. Some approached, others avoided us.

‘Great to see a Hummer doing what it was designed to do’ said a fellow camper as he circumnavigated the beast inspecting tyres, ground clearance, towing points and remarking on the absence of a bull bar, a serious oversight in his opinion. 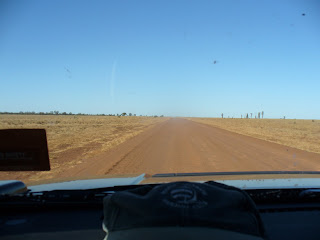 They were designed for desert warfare I’d say without any information to back up my claim. Iraq I’d add. There’s no country they can’t conquer I’d observe without irony.

We were challenging the 4WD paradigm. The Toyota Land Cruiser hegemony was under threat.
In the bush there is a clear hierarchy. At the top sits the Land Cruiser – the more battered and dirty the higher the status. The Land Rovers and Nissans come a close second but clearly in the minority. Then come the also rans – the Mitsubishis and a range of baby Toyotas, Mazdas, Holdens and 4WD campers.

But we were the only Hummer. In the whole of the Kimberley. We were the one black mean machine driven by a team so inexperienced that it wasn’t until the Pentecost River, 1500 klms into the trip that we figured how to use the 4WD mode - and then only because we were faced with a 100 metre stretch of deep water. We furiously read the manual as we watched Land Cruisers and 4WD buses inch their way across the boulder strewn riverbed with water up to their doors. 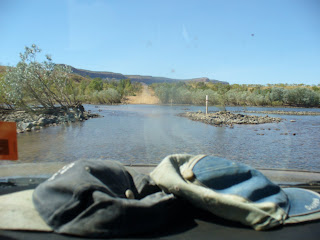 We may have been able to make this crossing in standard 4WD but conversations overheard between blokes in campgrounds convinced us that we needed to be cautious and engage low low low 4WD mode.

‘Let the engine do the work’ a friendly camper had advised us, sensing our inexperience.
‘Know where your wheels are’ said another overweight bloke who looked like he’d spent his life in a mechanics shed on a cattle property and had retired to his camping chair never to move from it again except to get another stubby from the fridge.

The Hummer was an automatic. We sat there engine running all set to go. We had a choice three buttons. We pushed the ‘low 4WD’ knob. It blinked at us and automatically returned to the standard 4WD setting. Bugger. We punched the ‘high 4WD’ button. It flashed and engaged. We were out of standard but our camp advisors had emphasised that ‘low’ was the only option in this situation.

'Where’s the manual' said Denis. I found the page and read aloud.

‘To select low 4WD the car must be at a standstill’.

‘Place the auto shifter in the neutral position’.

Denis shifted to neutral. I hit the ‘low 4WD’ button. The light flashed beside the correct button and held.

We were ready. We were mentally prepared. Select low, handbrake off and let the engine do the work - use the accelerator sparingly. We glided slowly into the brown water and watched it rise to door level around us. We entered the water smoothly, our foot off the accelerator and slowly came to a halt.

Denis was driving. I was shitting myself. The girls were a little nervous but oblivious to our ineptitude. The river surrounded us and stretched before us.

After what seemed like an eternity, of TV images of cars being swept off river crossings into foaming torrents, of me swimming for help through croc infested waters, Denis and I realised that we were still in neutral. Not only that but two Toyotas (our arch enemy) had followed us into the water and were lined up behind us.

‘Better put it in gear’

‘Well done boys’ chorused the girls from the back.

After 1500 kilometres of knob twiddling and manual perusing we had failed our first major test. And there were witnesses to this moment of Hummer humiliation.

Two days later on a two hour walk into the beautiful Emma Gorge a man and his son passed us on the track returning from their early morning trek.

‘Yes son, It’s the man from the Hummer’ said his father shepherding him protectively to the side of the path. As we walked on we could see the young boy looking over his shoulder unable to let go of the image of the Hummer man and his Hummer mates. On his face he had a quizzical look. Part admiration, part confusion. I had the feeling that he knew there must be more to this story than was evident.

I have no doubt that in many a Kimberley journal, alongside the notes about the grandeur of the Mitchell Falls, the cave paintings of the Wandjina figures and the magic of sunsets over the Bungle Bungles there are small but memorable notes in the margins: