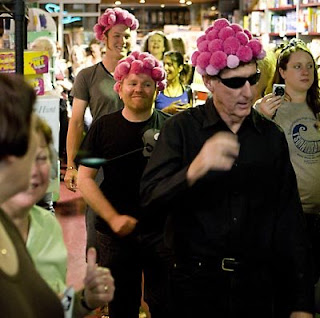 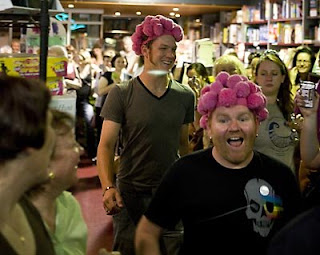 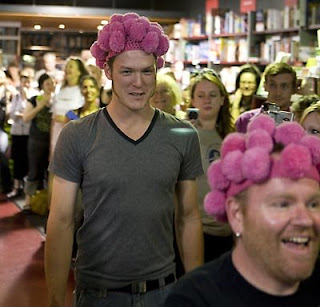 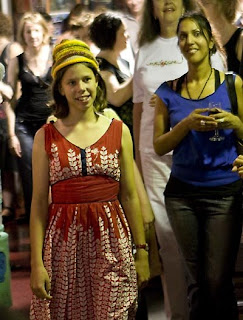 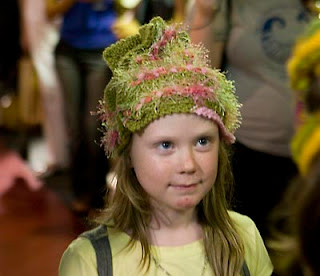 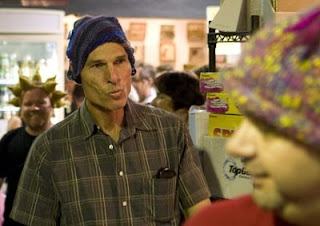 Avid Reader, iconic bookshop of West End Brisbane, treated their loyal customers to an early xmas party recently and in true eccentric West End fashion featured, among other things, a fashion parade of tea cosies from the collectiuon of Loani Prior - she of Wild Tea Cosies publishing fame (which by the way has just been launched in London; and to which my darling sister in law Jo and her friend Mel went and hopefully granstanded in the "I know Loani Prior" and "My brother in law wore one of her tea cosies on his head in a fashion parade!" style. You can imagine how impressed the English knitters would have been.
Featured above is moi plus Loani's son Ben, and my former performing offsider Denis (Manly Brother) Peel. Between us all I think we modelled about 30 tea cosies in grand theatrical style.
Posted by little hat at 21:13

Dropped in on you at AFTRS one morning last week but missed you. Swimming at Straddie - bliss.
Did you get my last response to your last comment. The "could have been miscontrued as rude' one?