I don't know the history of the building but I'll investigate. It's designed around a central courtyard.

From my window 3 - Malta 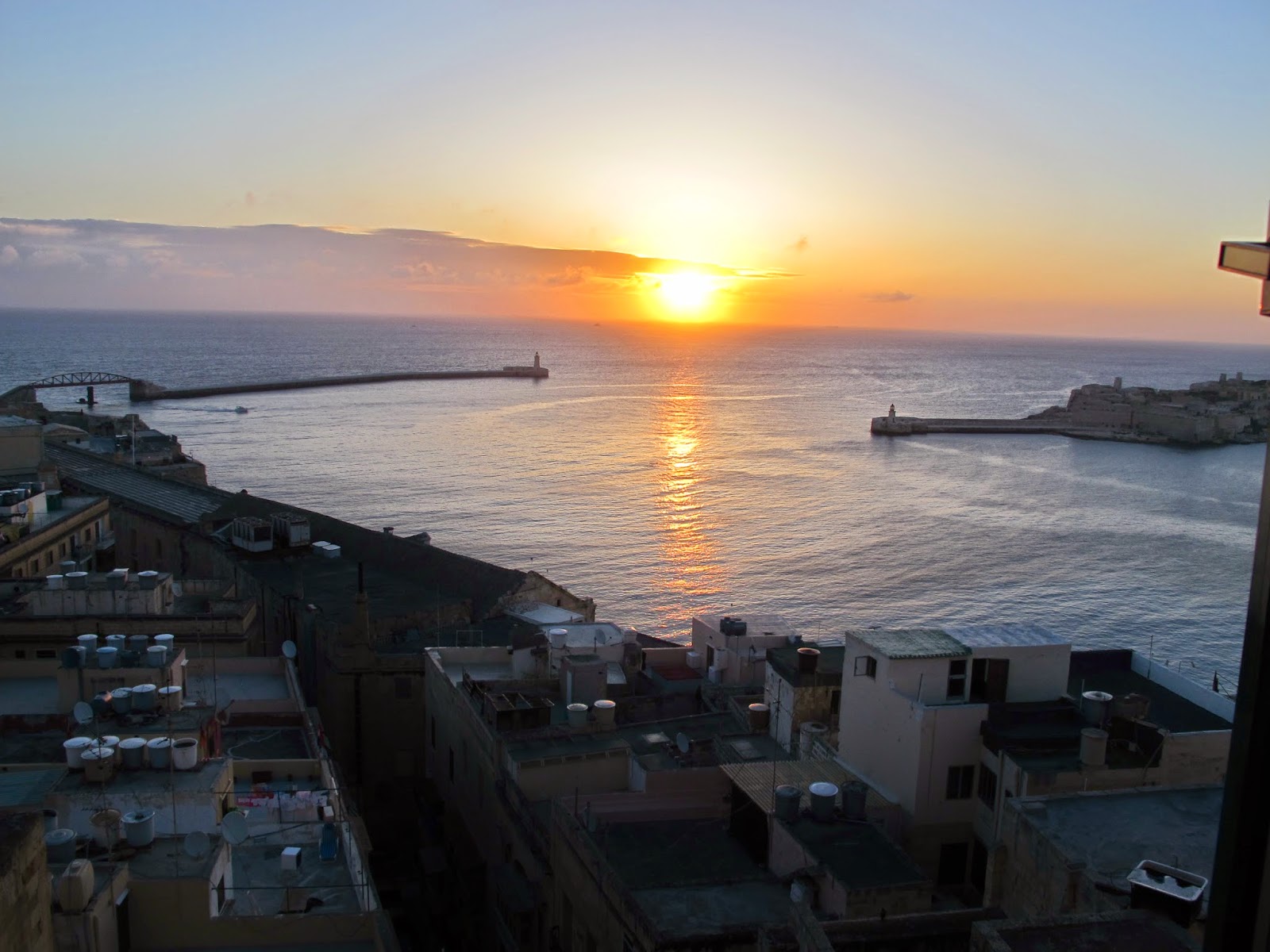 I am the only blue eyed person on the last leg of my journey from Australia to Malta. Brown eyes and dark hair are the norm. Many of the passengers are over 60. I am privy to snippets of their lives.

The couple beside me are travelling to visit their birthplace and their siblings. They migrated to Australia as 22 year olds over 50 years ago. She speaks confidently in English but it's not her native tongue.It's the English of a migrant who has spent 50 years surrounded by the Maltese community 10,000 miles from home. She is reading a book in Maltese. They return every two years.

"What do you feel?" I pry. The husband and I have shared a seat since Dubai, a cardboard cut out meal, a whiskey and a clumsy trip to the toilet. I'm on the aisle and he and his wife have the window seats. He's a big man. "Are you reluctant to leave, to return to Australia after your visit?" He is clear. "I would never go back if not for the grandchildren" "Is this home?" "Yes" Emphatically. His wife is less convinced but clearly torn. "How long will you stay?" They'll be away for three months. "I never learnt English." he tells me. "I regret that. I left school at 11 and started work. And in Australia we found each other and I found work in Maltese businesses and lived in Sunshine with the Maltese friends I made."

On the shuttle bus at Dubai we seem to drive for miles to reach the steps of our plane. There's a man talking loudly in a broad Australian accent. It's his first visit 'home' to Malta since 1940. He was a young child when his family left. He remembers horses and carts, donkeys and goats. No electricity. No cars. No roundabouts. He's excited though his return feels like nostalgia rather than homecoming. He never really knew Malta. Never felt the need to return.

A young man sporting a scarf wrapped head tells me he is working in Australia. He is a fly-in fly-out worker flown from Malta every 10 weeks to lay gas pipelines on the west coast - Karratha and Dampier. His Maltese life is international. He's a safety officer who follows the company business around the globe. Next is South America. "Is Malta still home for you?" "Oh yes. Yes. Of course."

A father and his 14 year old son from Sydney complete the set. Dad is speaking Maltese to the other passengers as we hang around inside the plane while we refuel at Lanica in Cyprus. The other half of the brown eyed  contingent have disembarked. He came to Australia 40 years ago as a young man. His son is excited about the visit to see family and cousins but is concerned about missing the State of Origin football match between the two arch rivals the Maroons and the Blues - Queensland and New South Wales.

He's wearing blue, so am I. A mistake on my part.

From my window 2 - Malta 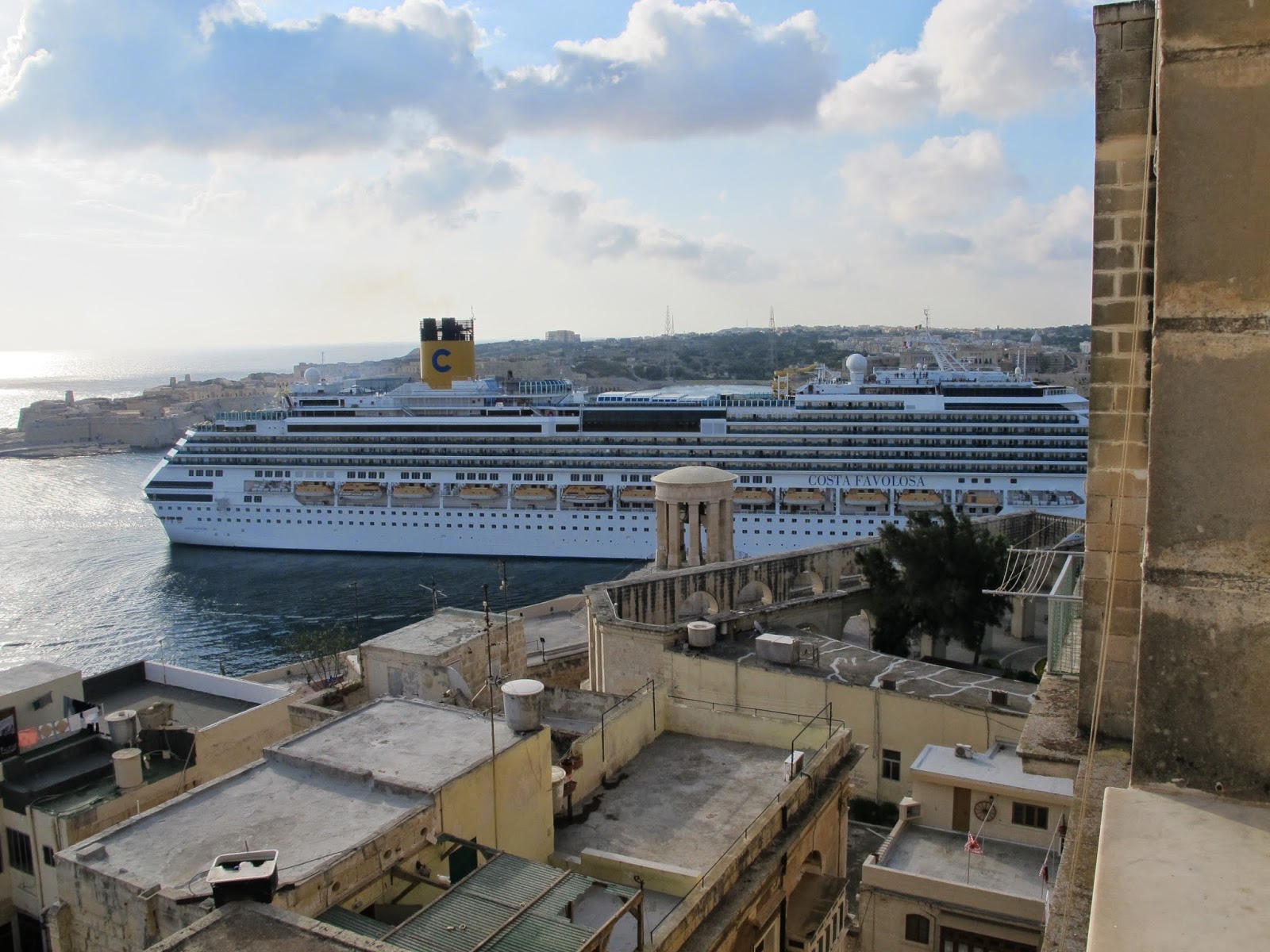 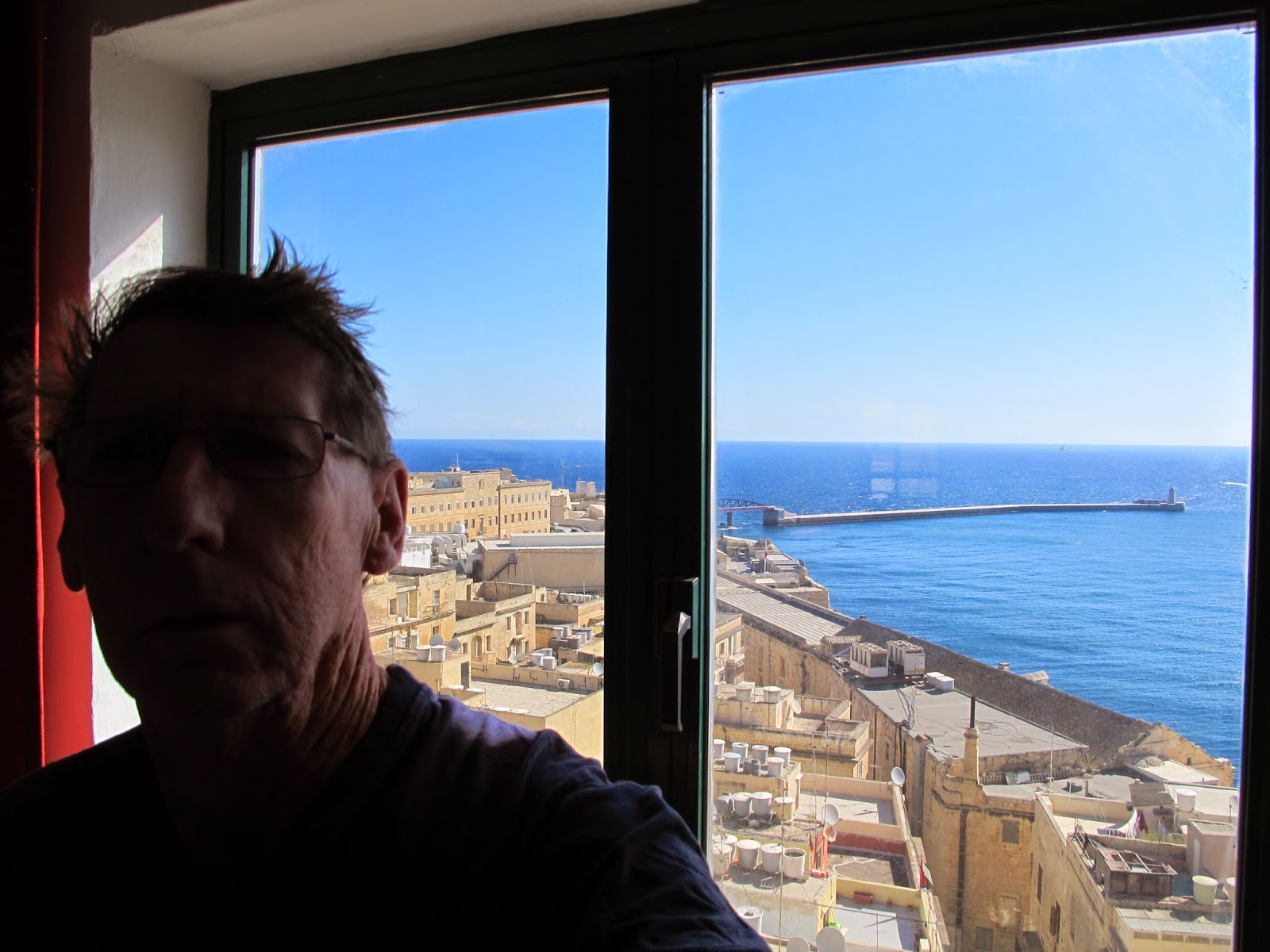 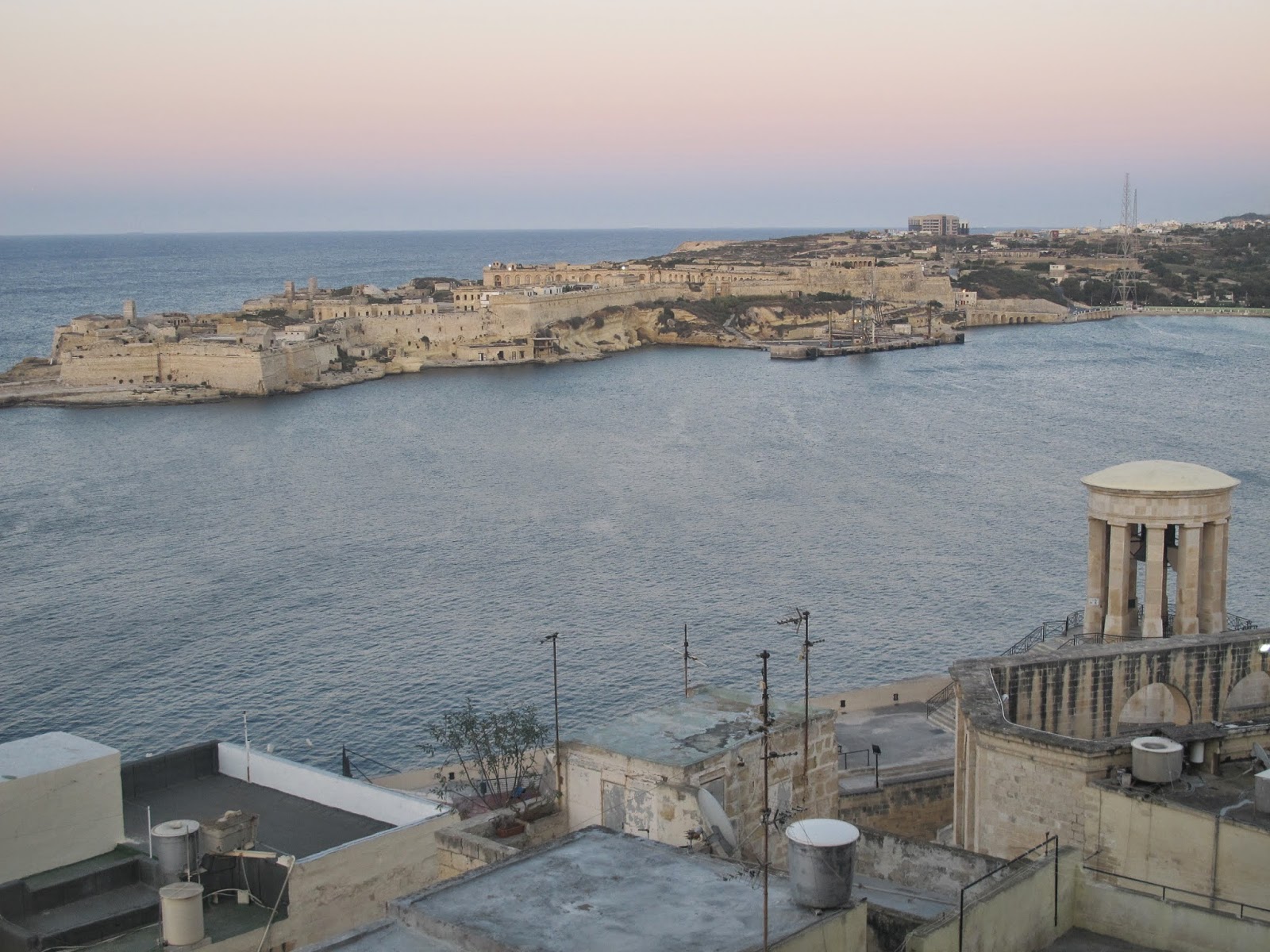 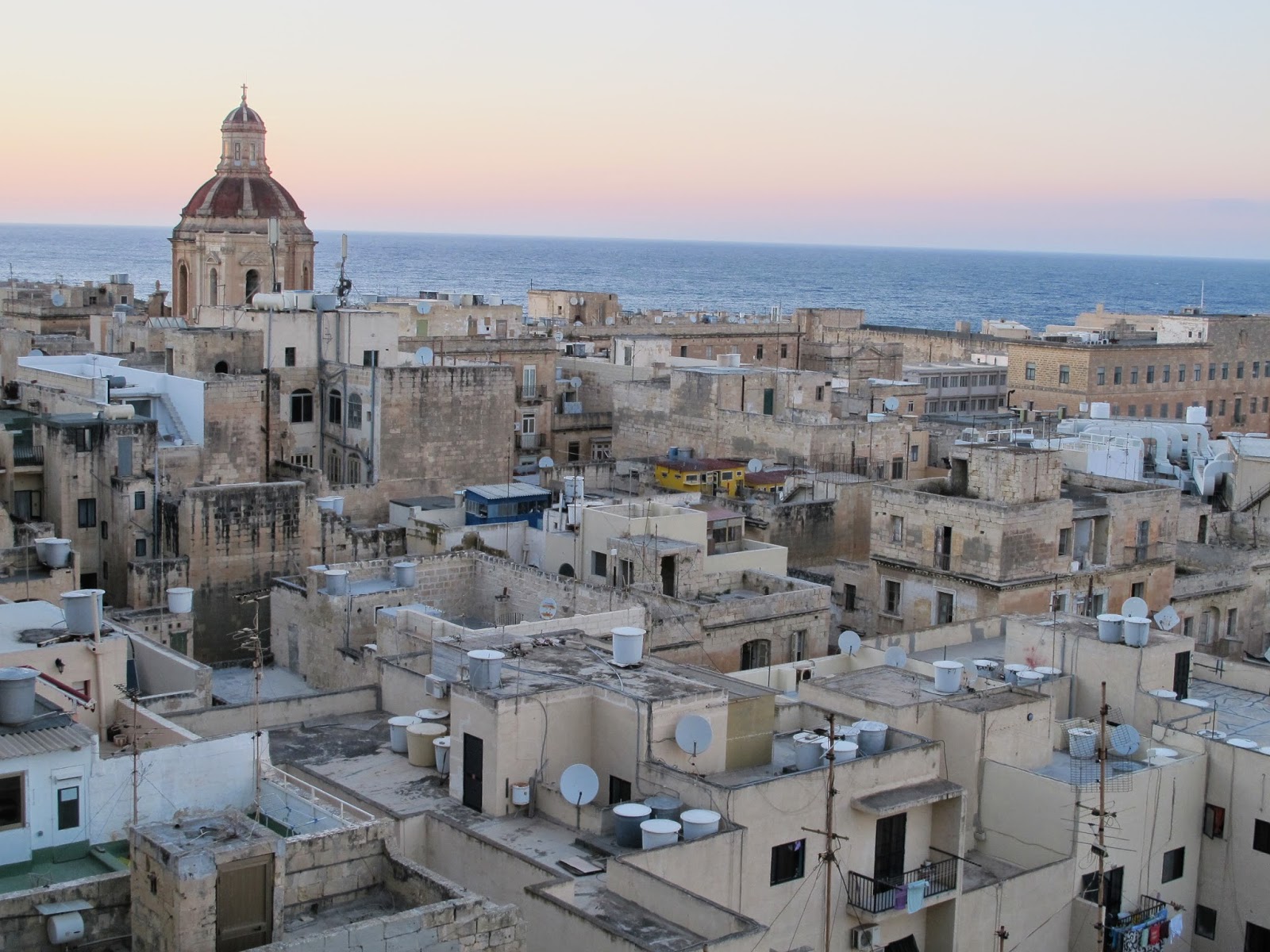 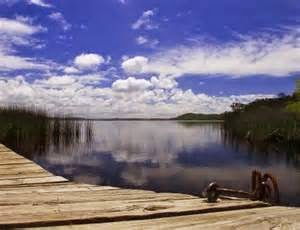 Saturday. Sailing on Lake Cootharaba, north of Brisbane. A beautiful day, water mirroring the blue sky; a swim in the everglades in pristine tea tree water. Gliding silently across the lake as the sun sank creating a line of fire behind the distant ranges. A memorable trip.

Wednesday. A new expanse of water. Larger than a lake. Almost an ocean. Here I am in Malta gazing on the Mediterranean Sea from my new digs. My home for the next ten weeks. 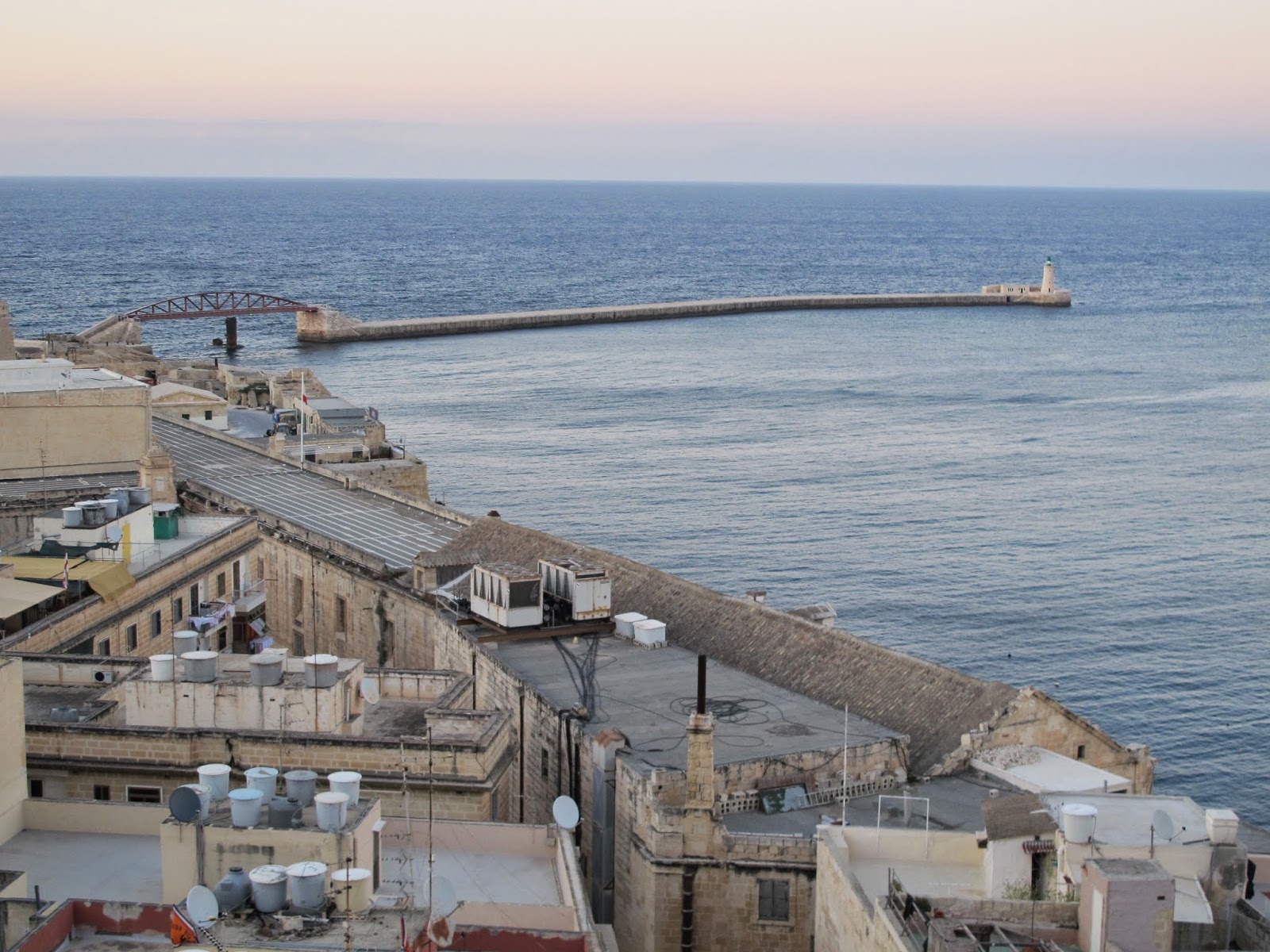 Time to begin writing.
Posted by little hat at 06:24 No comments: